CrowPi portable learning kit for Raspberry Pi 3 B+ and Pi Zero boards was launched in 2018. It comes with a 7″ display, several sensors, buttons, a breadboard, and more all packed in a small suitcase.

Elecrow has now started a new crowdfunding campaign on Kickstarter to fund the second generation portable electronics learning kit: CrowPi2 which looks much more like a laptop than a suitcase found in the first model thanks to a large display, and a detachable keyboard placed on top of the electronic prototyping/learning area. It’s also more powerful thanks to the latest Raspberry Pi 4 SBC. 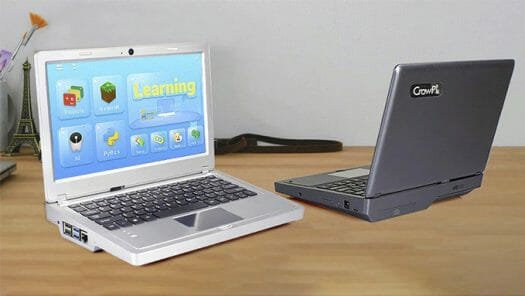 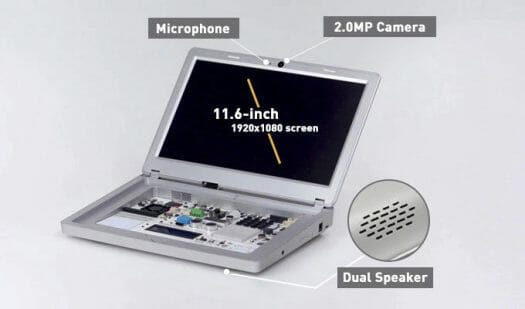 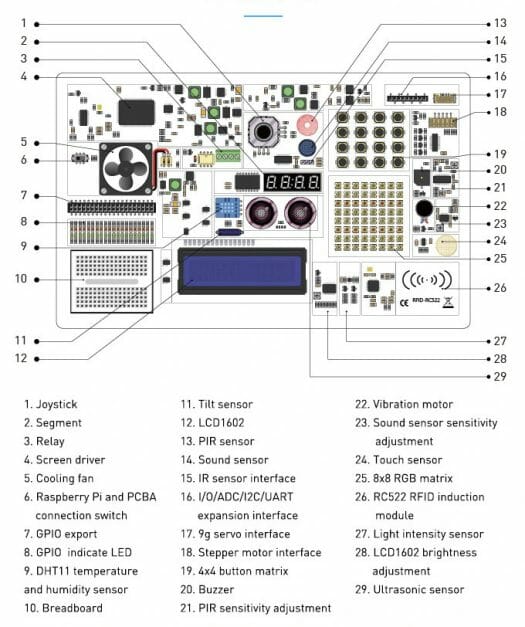 When the keyboard is attached to the laptop shell, CrowPi2 could be used as a standard laptop for typical desktop tasks, as well as learn Python programming, Scratch visual programming, AI, and Minecraft coding. If you want to learn or teach electronics, remove the keyboard and access all the sensors and modules described above.

The super early bird reward – limited to 200 sets – starts at about $140 for CrowPi2 with basic sensors and components (excluding Raspberry Pi), a 32GB MicroSD card, a 12V power supply, Micro and standard HDMI connectors, an IR remote control, an IR receiver, a stepper motor, a 9G servo, a DC motor with mini fan, a  screwdriver, an RFID card & tag, a user manual, a components pack, a moisture sensor, and a Micro SD card reader. They also offer kits with a Raspberry Pi 4 SBC with 4GB RAM, and even more external modules and accessories starting at $240. Shipping varies depending on the destination country starting at around $6 to Hong Kong up to $66 to countries in South America. Backers should start getting their rewards shipped in August 2020. 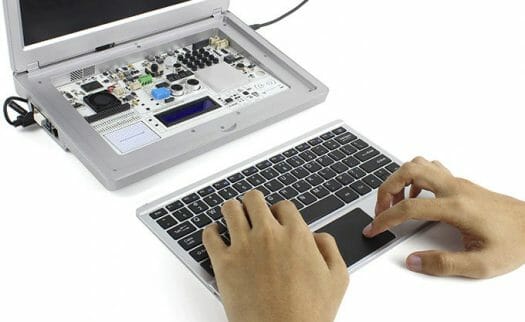 Keyboard – 2.4GHz detachable wireless with touchpad
Is there a shop where I can get this one?

Keyboards like this are commonly used on tablets. Many have Bluetooth, some are proprietary.