It feels like Ubuntu 22.04 LTS was just recently outed, but six months have already passed and Ubuntu 22.10 interim release is out. Some of the generic changes include: 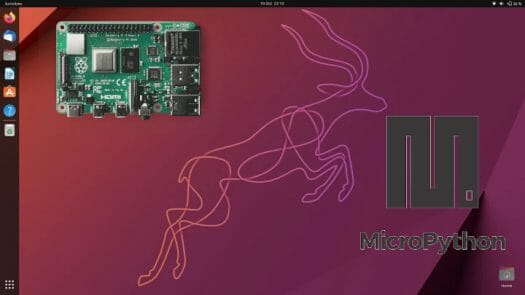 But as noted in the introduction there have been changes specific to Raspberry Pi and microcontroller development tools in general.

Another upgrade is support for embedded display HATs thanks to the migration to the open-source ‘full’ KMV instead of the close-source “fake KMS” used by the Raspberry Pi. Supported HATs notably include the official Raspberry Pi Touchscreen Display, as well as Pimoroni Hyperpixel and Inky eInk series displays. As I understand it, you can just connect one of those, and Ubuntu 22.10 will recognize them automatically.

A final change mostly related to embedded systems is the move from the now “deprecated”, but still widely used, sysfs-gpio to the “new” Linux GPIO User Space Subsystem introduced in 2017 through a lgpio solution. Canonical explains that “in the long term, this is a significant improvement in both security and application management as it prevents two applications from trying to access the same pins simultaneously”. However, since many libraries still rely on sysfs such as the popular RPi.GPIO library, Ubuntu 22.10 ships with a compatibility shim, the RPi.LGPIO, which allows the use of lgpio without breaking support for existing Raspberry Pi HATs. It can be installed with:

Note this will remove python3-rpi.gpio and run in its place without the user noticing.

You may find additional information on the Ubuntu blog through two announcements.

“… open-source ‘full’ KMV instead of the close-source “fake KMS” used by the Raspberry Pi.”