Both devices are manufactured with the 16nm FinFET process and offer entry points to the transceiver-based UltraScale+ family with features such as high I/O-to-logic density, UltraRAM, DSP, and more. 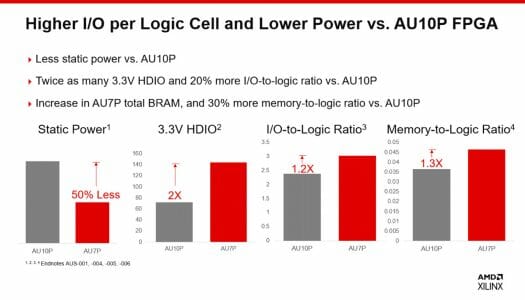 The AU7P is designed for space-constrained and/or power-sensitive applications such as medical imaging, machine vision, professional cameras/monitors, and automotive radar/lidar. More details may be found on the product page.

The ZU3T is not the smallest Zynq UltraScale+ MPSoC, but the keyword here is “transceiver”, and it is indeed the smallest transceiver-based chip from the UltraScale+ MPSoC family. it is available as a CG device with a dual-core Cortex-A53 CPU, dual-core Cortex-R5F real-time CPU, up to 157K system logic cells, 21.2 Mbit RAM, 576 DSP slices, eight 16.3Gbps or 12.5Gbps transceivers, as well as 1x PCIe Gen 3 x8 interface and up to 124 I/O pins. 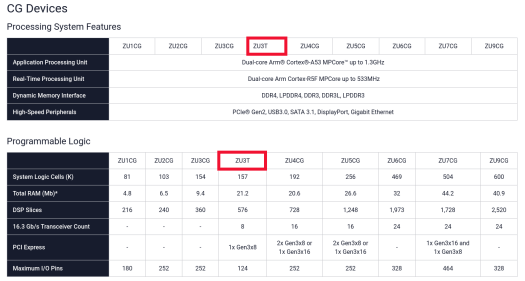 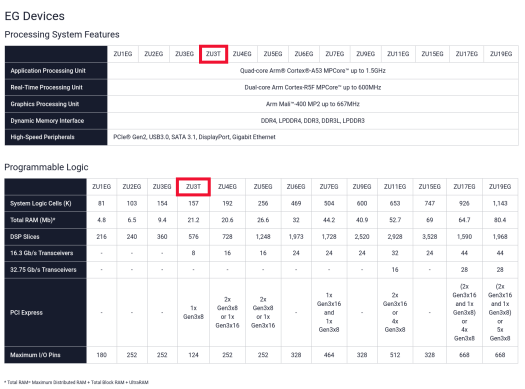 The ZU3T device is described as a hybrid between the UltraScale+ ZU3 and ZU4 MPSoC. It consumes 37% less static power than the ZU3T, and offers 5 times the transceiver bandwidth of the ZU3 device, together with a higher DSP slice count (1.6x) and memory-to-logic ratio (2.5x). 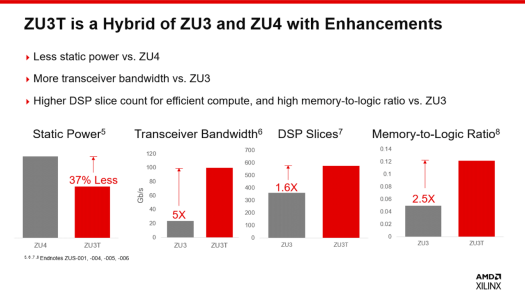 AMD and low cost in the same sentence does not sound right at all, I was curious to see it isn’t something appealing to the regular user xD.