You may soon be able to get true global coverage even in remote areas thanks to Qualcomm Snapdragon Satellite which will offer pole-to-pole coverage and two-way messaging for emergency use, SMS texting, and other messaging applications.

Qualcomm made this possible through a partnership with Iridium to bring satellite-based connectivity to next-generation premium Android smartphones starting with devices based on Snapdragon 8 Gen 2 Mobile Platform, while emergency messaging support was done in collaboration with Garmin. 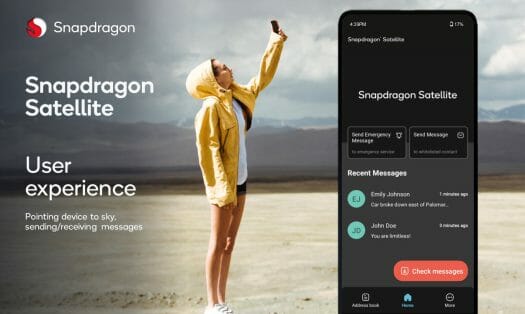 You’ll just need to point your phone to the sky to send and/or receive messages, and the connection should take place within a few seconds. Note it can only be used for text, and the bandwitdh would not be sufficient for audio, pictures, and videos.

The solution relies on Snapdragon 5G Modem-RF Systems such as the Snapdragon X70 modem to connect to the Iridium low-earth orbit satellite constellation using the L-band spectrum (1 to 2 GHz) that’s also used for global navigation satellite systems (GNSS) such as Galileo, GLONASS, or BeiDou. It looks like two-way messaging will be implemented first, and emergency messaging on Snapdragon Satellite will come later in H2 2023 in select regions, namely Europe and the US. 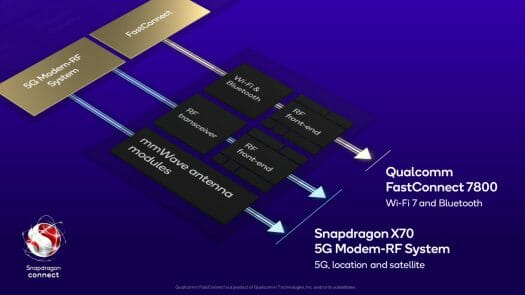 More details may be found in the announcement and Snapdragon Connect page.

What is the meaning of “pole-to-pole coverage” if you satelites thus no poles at all?

Oh! Thanks! I really thought antenna-pole.

With the disposible nature of smartphones and the lack of software support for any length of time, I’m surprised that that they see sat upsells as any kind of worthwhile feature. This kind of reminds me of the satsleeve products from years back. The Iphone 4/5/6 and Samsung S3/S4 that they were made for have long been abandonded (circa 2018). Standalone satellite phones may become a better option with more satellite equipment launched, but smartphones could stop including any extra features like cameras and screens and just stick to dialtone. The macular degeneration generation and blue-light eye strain era are… Read more »

I think this is just them figuring out that their usual 5G modems have acceptable performance to talk with satellites, and just adding that feature in. I doubt that there’s gonna be any special hardware for the actual satellite part, because as you say, it’s not really a marketable feature for most people, and you can’t really raise the price on this feature alone, but for some this could actually be useful.

I think smartphones have already lost their luster and lack any meaningful innovation. They can only hype fads nowadays. A 200mhz+ refresh rate screen and another camera lens shows the lack of innovation they have. The all-in-one design is already a failed engineering model for dialtone. Moving data services to secure devices is more convenient and makes the transition to multiple data network infrastructure even easier. I only use my phone for dialtone and use a dedicated hotspot/modem that will most likely work fine for a decade+ on 4g/5g networks while skipping all of the hype and fads. Its easy… Read more »

I forgot to add that the hypocrisy of crying about climate change while making mediocre disposible technology does not bode well for their future.

I’m surprised to see that Iridium is still a useful thing. When I was sitting next to the guys designing the ground hardware and software for it, they were promising the world, and then it colpased and pretty much took the company with it.