Elephant Robotics ultraArm P340 is a robot arm with an Arduino-compatible ATMega2560 control board with a 340mm working radius whose arm can be attached with different accessories for drawing, laser engraving, and grabbing objects.

We’ve previously written and reviewed the myCobot 280 Pi robotic arm with a built-in Raspberry Pi 4 SBC, but the lower-cost ultraArm P340 works a little differently since it only contains the electronics for controlling the servos and attachments, and needs to be connected to a host computer running Windows or a Raspberry Pi over USB. 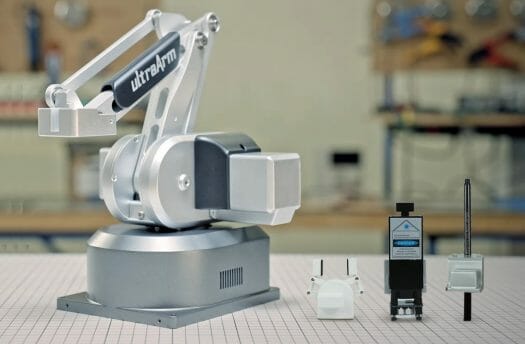 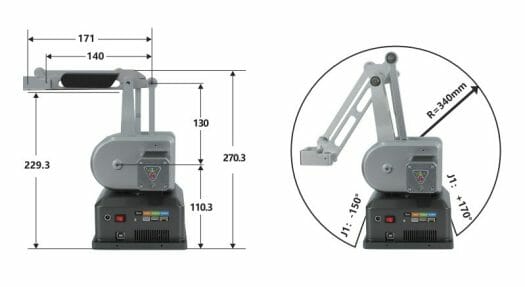 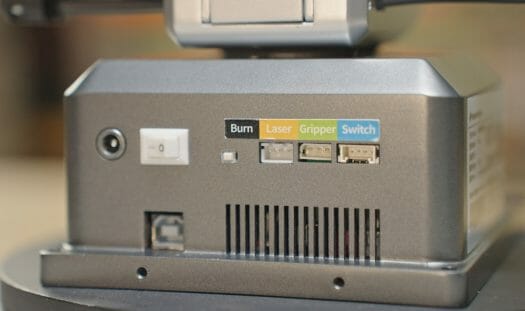 The ultraArm P340 is offered as a standard kit with all basic accessories, as well as a drawing kit with a pen holder, a laser engraving kit, and several vision kits with a camera, clamping claw or suction pump, conveyor belt, etc… It’s also possible to purchase the extension kits separately and switch between them as your see fit.

The robot relies on several programs and software

You’ll find more details and instructions to get started on the documentation website.

Elephant Robotics has started to take pre-orders for the ultraArm P340 robotic arm for $649 for the standard kit with shipping scheduled to start on February 1 [Update: coupon ULTRA20 should cut the price by 20%]. For reference, the Raspberry Pi-based 6 DoF  myCobot 280 Pi robotic arm currently goes for $799.

For that money they could atleast put a better chip in it!

Yes, I have to agree. I thought it was a bit expensive for what you’re getting.