Last year, we started to see Android cameras with 3G/4G connectivity such as Samsung EK-GC100 Galaxy Camera, but it was not possible to make phone calls. Samsung has just fixed that by announcing the Samsung Galaxy S4 Zoom, a camera phone or phone camera, depending on your point of view, with a 4.3″ qHD youchscreen and Android 4.2, and a 16-megapixel CMOS with a 10x optical zoom lens. 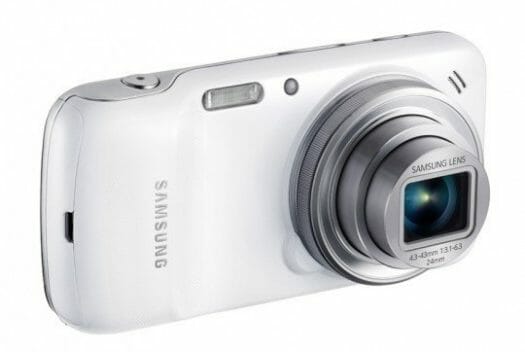 Other details about the camera includes support for ISO 100-3200, a lens with 24-240mm zoom, F3.1-F6.3, and optical image stabilization. A Xenon flash can also be used to take picture in low-light conditions. There’s also another more discreet 1.9 MP front camera on the device. 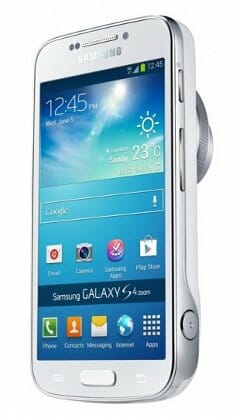 The phone will run Android 4.2 with TouchWiz, including S Voice and S Translator.

Availability and pricing information have not been disclosed, but we may know more at Samsung’s “Premiere 2013″ event in London, on June 20,2013.

I believe this should be “discreet”.

I think i’ll wait for the next model, i just cant make do without the kitchen sink and/ with built in garbage disposal unit.