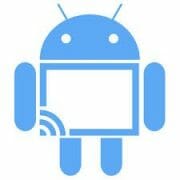 CheapCast is an Android app that lets you emulate ChromeCast hardware on any Android 4.x devices such as smartphone, tablet, and mini PCs. I’ve tried CheapCast last week unsuccessfully on several hardware, but a recent update fixed that and I could use Tronsmart T428 to stream videos from YouTube with the Cast button just like you would do with a real ChromeCast.

There’s more work to be done however, and the only application that currently work are YouTube and Google Music, which is nice, but more work is needed to bring CheapCast functionalities closer to what’s possible with ChromeCast. That’s why Sebastian Mauer, CheapCast developer, has decided to release the source code under Apache License Version 2.0.

You can get the source code from Cheapcast repo on github:

Finally import it into Android Studio or Eclipse, and start hacking and contribute back to the project.