Yesterday, I wrote developers were working on making any media App and any Android device compatible with Chromecast. Sebastian Mauer has taken care of the latter, by publishing CheapCast (Beta) in Google Play. Several people have been trying it successfully, including in iMito MX1 mini PC. I’ve been less lucky. I’ve tried it by running YouTube App in Zopo ZP900S smartphone (Android 4.0.4) with 4 devices:

I can’t really play YouTube videos over 360p without buffering here, so the reason the video won’t start in T428 or Wandboard Quad might be due to my poor Internet connection.

Nevertheless here are some of the screenshots I’ve got from T428. 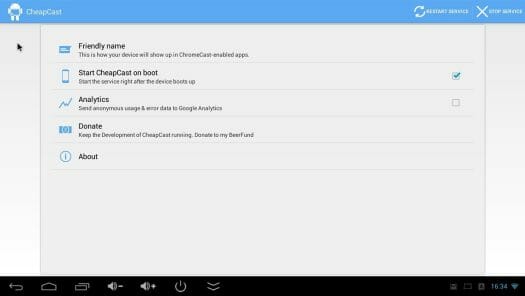 When you start CheapCast, you’ll get the menu above. It allows you to change the Friendly name (default: CheapCast), set the service to start at boot time, donate the project, etc…

Once the service is running, let’s start YouTube app in the smartphone. It will detect a ChromeCast device and show the Cast icon. Pressing the cast icon, and selecting your “TV”, will show the screen below. 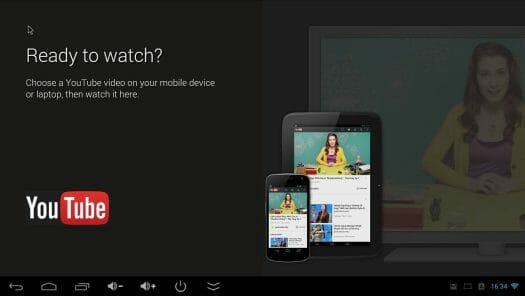 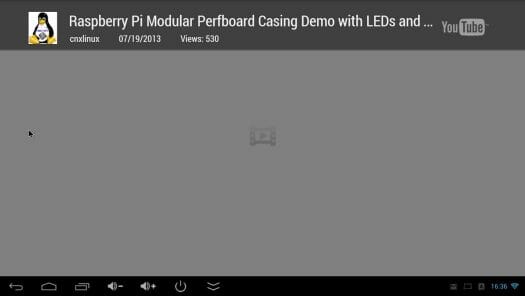 And after a short while, I’d get “Playing your video on CheapCast is taking an unusually long time” in the YouTube app as shown below. 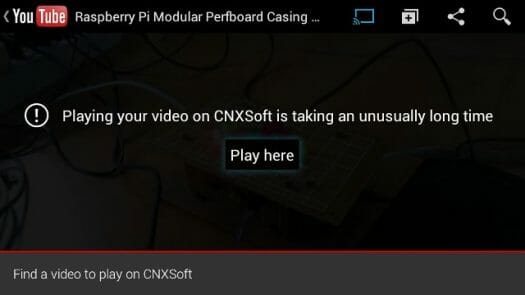 There are a lot of different firmware around, so you may have better luck on your Tronsmart T428, or other Android mini PC. Let me know if it can work for you.

Plays well with the T518 mini PC on my network — although I could only get YouTube to work. Netflix doesn’t show a Chromecast icon and Google Play Movies looks like it’s going to work, but then fails every time.

@Brad Linder
The developer gave an explanation on G+ for the Netflix issue, something related to DRM libraries that are present in ChromeCast, but not Android devices. I can’t remember the details.

@Jean-Luc Aufranc (CNXSoft)
@Brad Linder
Not the developer himself, bt another commenter from the G+ CheapCast post said:

“it can’t work with Netflix because that needs Microsofts PlayReady DRM and there’s no open source version of that. The Chromecast dongle comes with that installed.”

CheapCasting YouTube works for me on my MK908, which is running Android 4.2.2. However, the Netflix app doesn’t show CheapCast in the device list.

The Chromecast icon appears for Netflix running on my MK908, but Netflix doesn’t detect my CheapCast instance. You Tube works fine. I assume it’s the PlayReady issue but I see the Chromecast icon on my Galaxy G4, whereas Brad doesn’t.

I tried to stream my Chrome browser to MK802 III. But it didn’t work.

Could install the app without problems on my mk908 (4.2.2) but can’t play the video exactly as described above.

Maybe worth mentioning Picast:
http://www.thelinuxcauldron.com/2013/12/17/chromecast-alternative-picast-free-open-using-a-35-raspberry-pi/
But I don’t think it provides the exact same functionality.