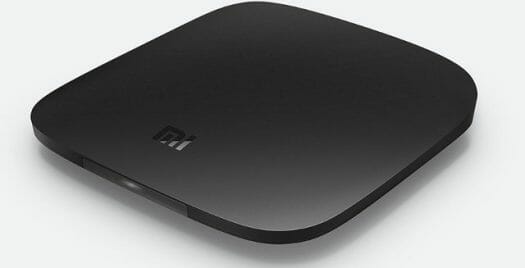 The box is running MIUI TV user interface, which is running on top on Android.  Compared to other Amlogic S802 TV box that has started to sell on the market, the device drops Ethernet and S/PDIF, as less internal storage and USB ports, but it adds Wi-Fi 802.11ac which should easily match 10/100M Ethernet performance, and replace the NAND flash by a faster eMMC flash. At $64 (in China), the price is amazingly competitive, as others sell for about $100 (including shipping outside China).

The device will sell in China first, but the company has plans to expand to Malaysia, Philippines, India, Indonesia, Thailand and Vietnam, followed by Russia, Turkey, Brazil and Mexico later on. You can find more information on Mi Pro Box page (In Chinese, but an English version is coming).

Is not a little short talking about specifications? 4GB and just 1 USB port (no bluetooth?)

Some days ago I was in XiaoMi office (shenzhen branch) playing with one of their boxes, good looking, but in my oppinion 1 USB only is really short…

1 USB works for me, I just need it to add the USB remote :P. I Agree, the price is impressive. How is Xiaomi making their money? Do they get kickbacks from appsales or some such? Or do they simply have much better economies of scale than the garage shops?

A lot of less features…no thanks.

Well you must keep in mind that this is the price for China. Add to that about $20 at least and it’s still cheap but not that cheap anymore.
Doesn’t matter in the end, this one will make the other ones sell cheaper.
From what I’ve understood Xiaomi have other revenue sources such as their own app store. Kinda like Amazon I guess, they make less on hardware and more on added services after the hardware sale. I still don’t think they’re selling this one at a loss, they just don’t make that much money.

No English language, No Google Play store, and the most important you are very hard to get this device even you live in china.

@adem
Actually If I can get a 802.11ac router for $20, and the device also features an 802.11ac module, Ethernet does not really become necessary as the performance is the same as Wi-Fi if not better.

The lack of Google Play support would be an issue, although Amazon Store is not good, and can be easily installed. If only they did not send an email each time you download an app.

This does support Bluetooth 4.0

Amazing man. I can’t find the soc in the new generation mi box in all Chinese media though it’s announced in China. But you got it.

Tom Cubie :
Amazing man. I can’t find the soc in the new generation mi box in all Chinese media though it’s announced in China. But you got it.

You are an amazing man…with the Raxda (Rockchip) and Cubie boards (AllWinner) !!!

When do you engeneer a new board with Amlogic S802H … with relative Linux firmware support ??

Will you be reviewing this box?

Crazy. Only 1gb of ram. So we have 3 different versions of the box already.

Poor support, and no reset button…