Since there are now so many quad core HDMI TV Sticks and TV Boxes, it would be easy to discount PQ Labs iStick A350-SSD as yet another Android TV devices powered by Rockchip RK3188 SoC, were it not for its mSATA connector and included battery. The company has also managed to add 3 USB ports, and a micro USB port, in a form factor only slightly bigger than a standard HDMI TV dongle. 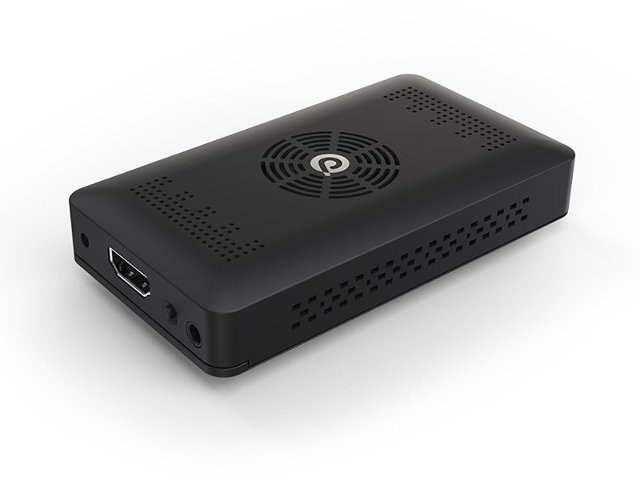 The device is currently running Android4.2. The only downside is the presence of a fan for cooling but as everything is packed in such as small case it may be required. The 270 mAh is too small to run the device for any reasonable amount of time, so it probably acts as a UPS to avoid losing data during a power failure, and have enough time to power off the device gracefully. The company specializes in digital signage solutions, and they also have large USB touch screen frames that can be connected to their iStick devices.

Ian Morrison (aka linuxium) got hold of the device, added a 250 GB SSD, and is now running the device as an OwnCloud server. He posted several pictures and screenshots, including the one above, on G+ Mini PCs community.

PQ Labs iStick 350-SSD can be purchased for $169 via the company website. The also have two other versions: iStick 350 without mSATA connector, nor battery, and iStick 300 with a Rockchip RK3168 dual core SoC.  It is really a unique and neat device, but the price is a little stiff, and hopefully for people on a tight budget, some alternative will pop-up closer to the $100 mark.