When you purchase a Chinese Android gadget, or most Android gadgets for that matter, you expect to have a few firmware updates within a year or so at best. But to my surprise, Ugoos has released an Android 4.4 Kitkat (Beta) firmware for their UG802 mini PC / TV stick that started selling in summer 2012 with Android 4.0. 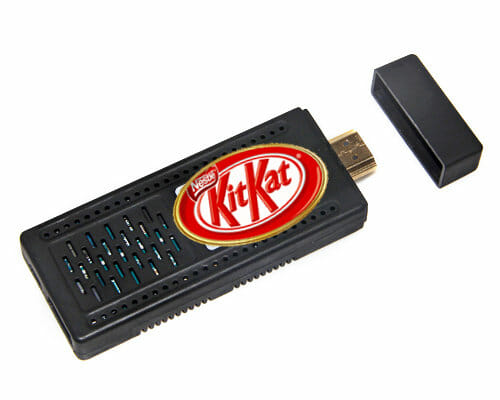 That means your “old” device(s) could get a performance boost, as well as some neat new features, thanks to Android Kitkat. The firmware is beta however, so be aware that there may still be a few bugs.

The firmware file (Allminipc_ug802_RT8188_4.4_720p.img) is packaged together with RKBatchTool and the Windows drivers in Allminipc_ug802_RT8188_4.4_720p.rar. You can follow RK3188 firmware update instructions, skipping the downloads since everything you need is included, to perform the upgrade. If you’d rather use Linux, you might be able use upgrade_tool, enter recovery mode, and run:

One of the main differences in terms of hardware between RK3066 mini PCs is the Wi-Fi module, so if your TV stick also comes with a Realtek RT8188 module, the firmware above might also work. Bear in mind that flashing the wrong firmware to your device may brick it, and render it unusable.

Is it compatible with the iMito MX1?

@adem
It could yes. What’s the difference?

This thread – http://forum.xda-developers.com/showthread.php?p=53095190 says that it can be installed on MK802III. Can someone confirm that the wifi will work on MK802III w/ this firmware because I think the wifi chipset on this is different from the UG802.

Anyone that can release/build RK3066 MK808B RK903 kernel with the following GPIO pins?
https://docs.google.com/spreadsheet/ccc?key=0AlY8Ntc7De3adEgxZEw3eWF1cmZBbTdtMmQxNThBdGc&usp=sharing#gid=0

Can you give more information about this ROM and kernel? How is video playback and Wi-Fi speed? Is it stable? Is it smooth? All firmwares I’ve tested on my Minix Neo G4 (Finless 1.7c, digitopMod, Lewy HFW, official ROMs, etc.) have a slight microstutter on every goddamn movie. I want to try this one, as it should theoretically work with my Neo G4. Please, share as much details as you can. Thanks.