We’ve already seen how it was possible to boot Linux or Android on Rockchip RK3288 devices from an SD card, which involved getting the stock firmware and running some scripts in Linux. Today, Freaktab member no_spam_for_me found out how to create a bootable SD card for Tronsmart Draco AW80 Meta, and other Allwinner A80 devices using PhoenixCard 3.09 tools for Windows (The latest version should be available @ http://dl.cubieboard.org/model/cc-a80/Tools/Flash-firmware-tools/). 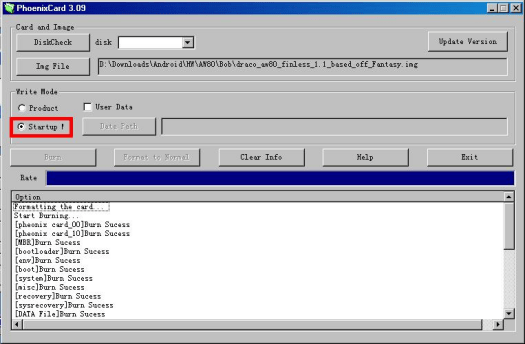 Once you have installed the tools, start it, and  load the firmware by clicking on “Img File” button (Here Draco AW80 Finless 1.1 firmware was used). Then press DiskCheck to scan for storage devices, and select your SD card in the drop-down menu “disk” (not sure why it’s blank in the screenshot above), select “Startup !” write mode, and click on the “Burn” button.

Once it’s done, just insert the SD card into your Allwinner A80 device, power it your device and it should boot from SD card. The first boot is quite slow, allegedly because the system converts the FAT32 file system to EXT-3, but subsequent boots are relatively fast (one minute or so) depending on the SD card. 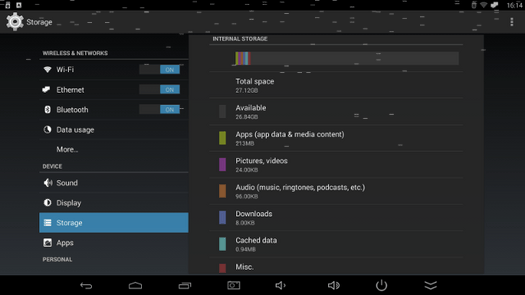 The screenshot above have been taken in Draco AW80 Meta (with 16GB eMMC) booted from a 32GB SD card.  So booting from SD card is nice to get more storage, and trying out firmware before flashing a new one as it does not affect your current installation. Just make sure you use a fast SD card (Class 10 or greater) or the system may feel very slow.

This method should also work for other Allwinner processors (A31, A20, etc…). It looks like it might only work for Android firmware, and not Linux based distributions like Ubuntu/Lubuntu (TBC).

For anyone wondering phoenixcard can burn draco aw80 linux image in startup mode, but it does require a couple of extra steps… Phoenixcard seems to have an issue with the size(1.8gb) of the rootfs.fex/rootfs.fex.iso. In order to get around the error it throws you’ll need to unpack the image file with imgrepacker and replace rootfs.fex/rootfs.fex.iso with dummy files much smaller. I used a 40mb rootfs.fex generated with the a80 sdk.(Make sure to backup the 1.8gb rootfs.fex first!) Repack the image(it will be much smaller now) and burn it to the sd card in startup mode. Then you’ll want to dd… Read more »