The road to convergence is a long one, and although you still can’t really use a smartphone as both a phone and your desktop computers, Ubuntu 15.04 “Vivid Vervet” releases brings us closer to this goal, as the Linux based operating systems now supports not only the traditional PCs and servers, but also the Cloud and IoT platforms thanks to Ubuntu Snappy, and phones such as BQ Aquarius E4.5 Ubuntu Edition. 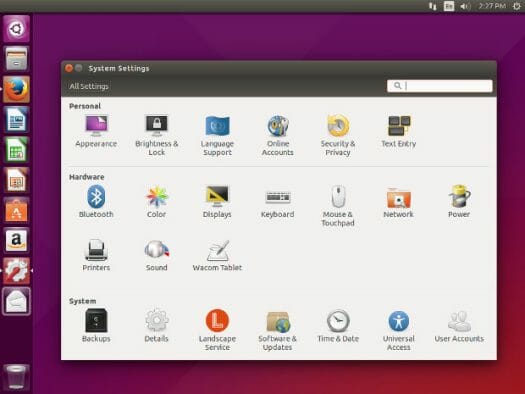 Most changes for Desktop users are under the hood with Upstart replaced by systemd, the Linux kernel is now up to version 3.19, and many packages have been upgraded to a newer version. You can download i386 (32-bit x86) and amd64 (64-bit x86) desktop or server ISO images, and for the first time Ubuntu Snappy for generic amd64 platform, as well as an ARMHF image made for BeagleBone Black, which AFAIK is the very first time Ubuntu formally releases an image for an ARM based device. Ubuntu 15.04 for BQ Aquarius is not available for download directly from Ubuntu website, but the smartphone will soon receive an OTA update.

Developers will also find out that “Ubuntu Developer Tools Center” have gone through various changes, and has now been renamed to Ubuntu Make. Ubuntu 15.04 might also be the last version where we’ll use apt-get and .deb packages, as Ubuntu developers have announced the switch to Snappy (personal) package manager in the development branch of Ubuntu 15.10.

“Ubuntu 15.04 might also be the last version where we’ll use apt-get and .deb packages” … sounds like a bold statement to me. 😉

Let’s first wait for 15.10 with “a build based on Snappy Personal” to succeed; AFAIK all (30.000?) .deb packages have to be rebuilt to snappy packages. Hopefully there is an automatic process or a transformer for that.

@Sander
I was way too optimistic. Deb packages will still be the default in 16.04; http://www.phoronix.com/scan.php?page=news_item&px=Will-Cook-Deb-Pkg-Future