We’ve had a first glimpse at RK3368 Android TV Boxes when Rockchip showcased X6 TV box during one of their events. However, that box was targeting the Chinese market only, but Eny Technology informed me they are about to launch EKB368 TV box destined to overseas markets. 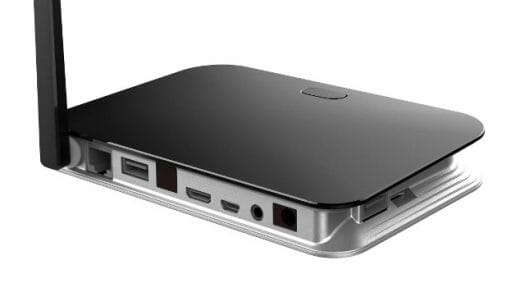 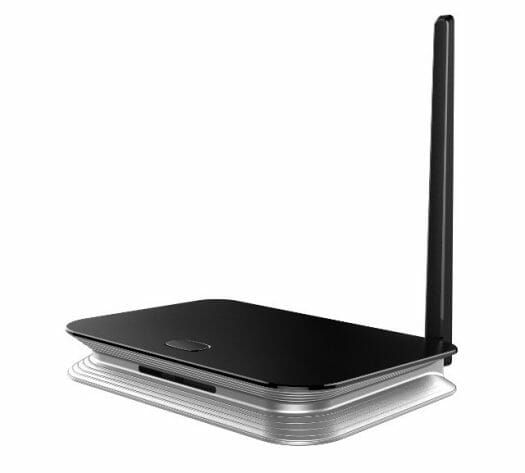 Remember that although RK3368 has eight 64-bit ARM cores, these are “LITTLE” Cortex A53 cores @ 1.5 GHz instead of the faster Cortex A17 cores @ 1.8GHz used in RK3288, meaning RK3368 product performance should be lower RK3288, but obviously from a marketing point of view “64-bit octa core ARM processor” looks great. Eny is normally not using eMMC flash in their product, but slower NAND flash instead, so you cannot expect very fast boot time or apps loading times. However, network connectivity is pretty good on paper with Gigabit Ethernet and 802.11ac, HDMI 2.0 is supported, and Android 5.1 should also offer a performance boost compared to Android 4.4 used in RK3288 mini PCs.

Pricing is not public yet, but the box should start selling next month. To get a rough idea of the price, Gabe found out CSA90 TV box also powered by RK3368, but with only 1GB RAM, sells for $76.99 including shipping by EMS, so at least pricing of RK3368 mini PCs should be fairly competitive.

Also RK3288 devices will get Lollipop firmware in mid June.
In June, Windows 10 will also be released for RK3288.
For RK3288 owners, no need to upgrade just yet.

Wont be slower guys common thats false rumors it really depends if it will ship with 64bit os and gapps to take full potentials of the system. But if nand is slow thats a huge let down!
Clearing things out, dont expect huge gains over 32800 but it should be slightly faster

@Demetris
ok keyboard took over 🙂
*RK3288
Clearing things out, dont expect huge gains over RK3288 but it should be slightly faster

Have they confirmed any support for XBMC/Kodi yet?

Also, wouldn’t 8 cores of Cortex A53 mean this is true 8 core processor whereas the traditional big.little architecture only ever has 4 cores on at once; either 4 big or 4 little at once?

@mo123
I recognize your name, so you’re probably in a position to know, but where did you hear rk3288 will get Lollipop in mid-June? I’ve been searching for a while now and your comment is the first bit of info I have found.

Probably much to early to ask, but, are there any efforts underway to bring up Linux on the RK3368 that anyone knows of?

@miniNodes
Indeed if this ran Linux it would be kind of nice, not many ARM64 Linux solutions.

Hardware decoding is not supported at all. We need to use external player to watch movies in Kodo. Rockchip and Allwinmer are two worst SoC companies on market.

NOTE:
We’ll send 1GB+8GB to you default if you’re not leave any message about the memory you need;
So..if you want to order 2GB+16GB, pls leave a message to inform us to change the price for you. ^^

Tired_ : @mo123 I recognize your name, so you’re probably in a position to know, but where did you hear rk3288 will get Lollipop in mid-June? I’ve been searching for a while now and your comment is the first bit of info I have found. My TV Box’s manufacturer told me Rockchip released RK3288 Lollipop SDK to manufacturers in the 3rd week of May. The manufacturer hopes to release a stable Lollipop firmware in mid-June. Now it’s up to manufacturers to modify the code for their specific boxes, some will release Lollipop in June others maybe later. There is also… Read more »

Can somebody tell if this SOC is a true octa core,no big little.
Difference between this SOC and Allwinner 64 bit

a) @rafael Duarte My understanding (and the wikipedia article on big.Little seems to agree) is that big.LITTLE is by definition implemented with two different kinds of cores (the big and LITTLE ones). Since this chip has 8 A53 cores, it is not a big.LITTLE one. b) @rafael Duarte @choekstr Again, according to both my understanding and the wikipedia article above, it is not true that big.LITTLE processors are not “true 8-core”. This depends on the software used. Quoting from wikipedia, “The most powerful use model of big.LITTLE is heterogeneous multi-processing (MP), which enables the use of all physical cores at… Read more »

Tronsmart Orion R68 will be another model with RK3368 -> http://www.tronsmart.com/news/tronsmart-will-launch-the-world-s-first-cota-core-64-bit-android-5.1-tv-box-orion-r68

Anyone know of a comparison chart between the RK3688 and the rk3288? I know one’s 64-bit the other 32-bit, but what about performance?

I recently purchased box tv csa90 16 GB .
Unfortunately, after just two weeks it is blocked . the blue LED stays on and does nothing . I tried to restore with PC Windows 7 but can not connect . I tried to update the driver , but I can not install on a PC.
If someone helps me , I would be very grateful .

@Miki
There are the latest tools: http://www.mediafire.com/download/7js8s2aahcr5641/Updating_instruction%26Drivers%26Flashing_Tools.zip

Instructions should be in the zip file.
If not, check out http://www.cnx-software.com/2015/08/08/tronsmart-orion-r68-rk3368-tv-box-firmware-and-android-sdk-released/

@Jean-Luc Aufranc (CNXSoft)
Thanks
very much

Thank you again for having responded so quickly and very easily .
Unfortunately now I am come out another problem .
Box TV only works with AV, while not recognizing HDMI .
Needless to say that the setting is ok .
I ask if I can do anything , really very sorry not being able to enjoy the quality HDMI .
Many thanks.
miki

@Jean-Luc Aufranc (CNXSoft) did you encounter issues with this box? I’m trying to run game bench which requires root, and the root on this box is strange.. It does not include superuser or supersu and so cannot manage permissions. If I try to install supersu, when I open it I get a black screen which eventually ejects back to the desktop. Any idea how to bypass that? thanks!

@Oren
I don’t own this box. You’d need to find a method to root it. Maybe vroot or something else.

@Jean-Luc Aufranc (CNXSoft)
Yeah.. thing is, it is rooted. just in an unconventional way. I’m trying to get in touch with the manufacturer. Thank you anyways.

i finally get my ekb368 tv box.
compare with others brand.

I recooment this model . best one.

Also USB host port issue I am facing my portable HDD many times are not detected on both USB host ports due to poer shortage.