T-Firefly has just announced the release of Android 5.1 SDK for their newly announced Fireprime development board powered by Rockchip RK3128 quad core Cortex A7 processor. 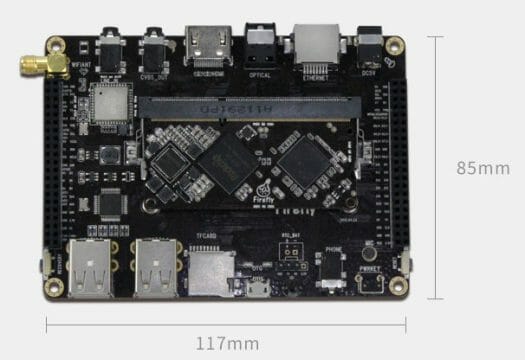 You can get the SDK (fireprime_android5.1_git_20150612.tar), a 6.1GB download with full source code for the board via Baidu or Google Drive, and then upgrade it to the latest version with git pull on the company’s bitbucket account as explained in the Wiki. The SDK must be specific to Fireprime board, but it should be feasible to use to create / modify Android 5.1 firmware for other RK3128 products.

If you don’t need the source code, but would just like to install the firmware for Android 5.1, and the other image recently released (Ubuntu 15.04 Desktop or Server, or Android 5.1/Ubuntu 15.04 dual boot image)  via the links provided in the announcement.