Android is not exactly great to use as a desktop PC, so there’s been various attempts to improve this for Android boxes, tablets, and laptops for example with Remix OS, bringing a more desktop-like user experience. Rockchip showcased multi-window supports in some tablets a while ago, and now they have “Light Work OS”,  an operating system based on Android 5.1 that feature a start menu and multiple windows support. PiPo even decided to use a background image with Windows logo in their PiPo X9 tablet powered by Rockchip RK3288. 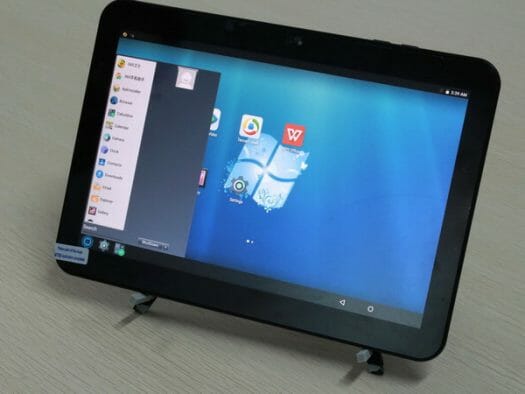 The problem with Android used as a mini PC goes much further than the lack start menu or window mode, but copy/paste can be a pain, and things you take for granted on desktop, simply may not be available in Android apps: some graphics elements may not be clickable, some website features may not work properly (I’m thinking WordPress editing here..), mobile apps may lack features, and so on. So I’m not sure Rockchip will get many people who considered a Windows device to go for a Rockchip tablet with Light Work OS instead. 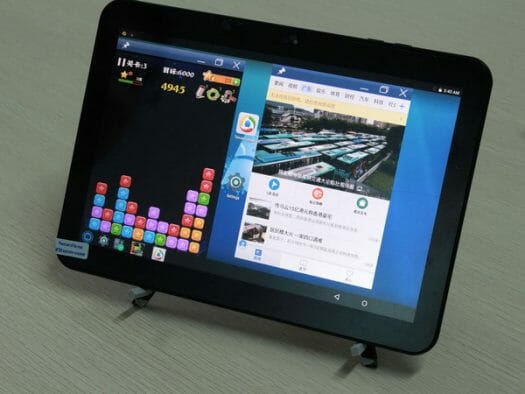 If you don’t care about desktop mode in your tablet, the good news is that it can be disabled.

Rockchip is not the only company working on Android for desktop, as Allwinner is also working on Double OS optimized for office applications.

Via Liliputing, Mike Cane, and imp3.net

Let’s s what our remix mini does, the team there have done a good job with remix is as long as you’re realistic and know it’s a mobile is first,

If Windows-style Android is good, I am bit confused!

I don’t care about Android. I don’t care about Windows-looking Android. I want the Rockchip manufacturers to place more effort in supporting GNU/Linux distros on their hardware. Especially ensuring users can update their GNU/Linux kernels in a timely manner without reflashing/erasing their entire emmc in the process. The other thing I would like them do is provide as much memory as what we can achieve on normal desktops i.e. 8GB RAM up to 32GB RAM. It really disturbs me that in 2015, all the devices ARM-based short-change the users with almost no RAM(1GB to 2GB) to work with. Come on… Read more »

I totally agree with D.Marceau but sadly there is economic (turbo-capitalistic attempt behind hardware development & sell) We have been seeing this development though whole PC history was-is-will be ! New OS new hardware ergo newer enough RAM and CPU Power also ! But finally some possible desktop OS competition and eventually Windows replacement ! Linux/Unix based OS are far more multitasking capable energy efficient, virus less not to mention performance ones ! On some powerful 32bit hardware PC’s and other embedded hardware this should fly – not so in case of Windows. Windows acting like elephant in some small… Read more »