WeTek has released several video tutorials explaining how to configure WeTek TV boxes such as WeTek Play or WeTek OpenELEC, as well as the upcoming WeTel Core. The tutorials includes instructions for both Android and OpenELEC available in 6 languages: English, French, Portuguese, Spanish, Italian, and German. 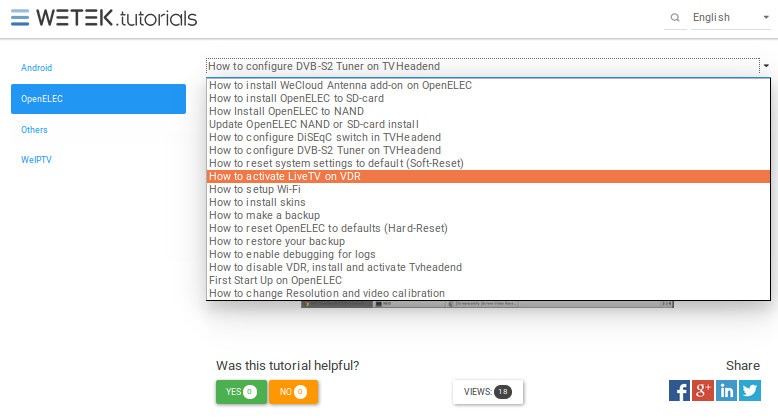 Some tutorials are clearly specific to WeTek products, such as “How to Activate WeTek Play membership”, but many of the tutorials are more generic starting from simple configurations steps like configuring HDMI output resolution and framerate, or configuring the network, to more advanced tasks such as configuring a DVB-S2 tuner on TVHeadend in OpenELEC.

I’ve embedded the latter video tutorial below for reference.