I’ve been amazed how the price of technology has come down recently, with decent TV boxes selling for $30 to $50, and I’ve now been informed about Doogee X5 Pro, a quad core smartphone running Android 5.1, supporting LTE networks, and featuring with 2GB RAM, 16GB flash, and a 5″ HD screen selling for $80 shipped. 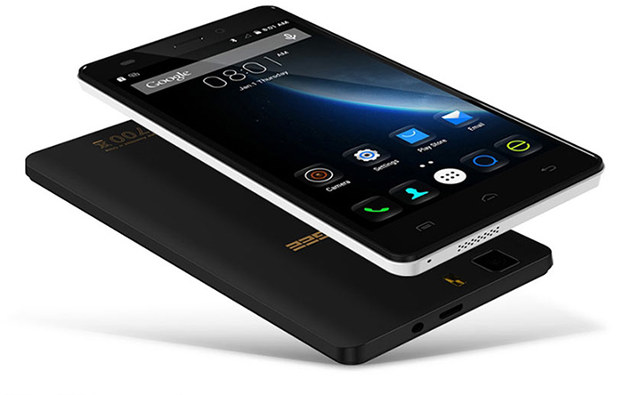 The phone runs Android 5.1 with allegedly OTA firmware update support. It ships with a battery, a USB cable, a power supply, and a power adapter. The processor is not the fastest with an Antutu score of 15,660 points (Note that a reviewer got 30,000+ points instead), but considering the price, this smartphone appears to be good value, and Doogee is a fairly well known brand among Chinese smartphone manufacturers. 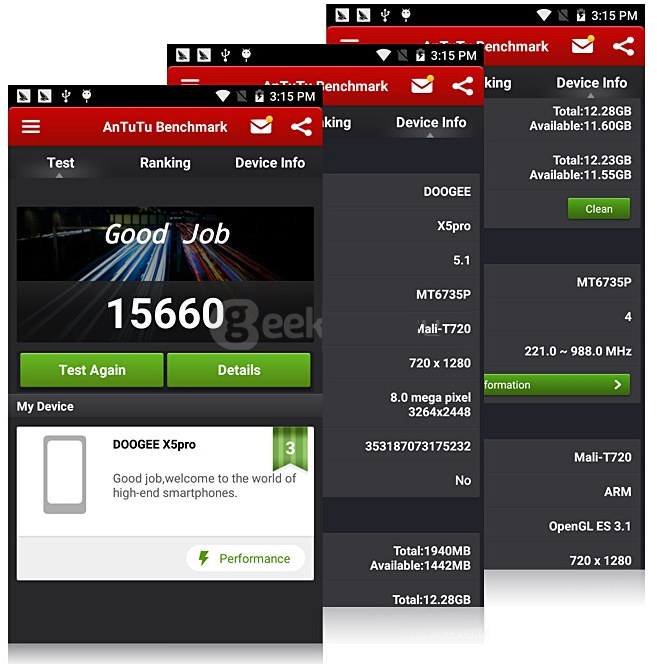 Doogee X5 Pro sells for as low as $79.99 on GearBest, but it can also be purchased on GeekBuying, Buyincoins, eBay and others.The phone is realtively recent, so there are few user’s feedback, but the ones who bought it appears to be satisfied. X5 Pro is not to be confused with X5 model powered by Mediatek MT6580 quad core Cortex A7 processor with 1GB RAM, 8GB flash, and 3G connectivity that sells for about $60.

The frequencies are supported in Europe, so if you are in the USA you’d better forget about it.
Except for LTE in 2100MHz.

What’s the situation with alternative roms for these chinadroids? Is there a generic type approach to it or are we still stuck with bespoke roms needing kernel sources etc?

@Mongrol
exactly! that’s the main problem: no vendor independent security updates. I know only about cyanogenmon (& derivate) ROMs for some XIAOMI models with snapdragon CPU.

There is a “android one” initiative that should address this problem, but I do not know about any cheap compatible phone available here in EU…

In europe (Spain, Portugal and Turkey) already have Android One smartphones:

Still, seeing as I never quite peaked my cores on the Nexus 4 but always felt the battery was flattening out too fast, I’ll be picking this one up just the same. If I can use Waze and check my mail on it without UI lags I’m satisfied.

@Carlos
I was writing about CHEAP phones 😉 Aquaris A4.5 is everything but not a cheap phone…

@jn
The specs are slightly lower than Doogee X5 Pro, but somehow they sell it for 180 Euros…
http://www.bq.com/pt/aquaris-a4-5

So it’s a cheap phone for BQ, but not for consumers.

I am using Doogee X5 pro, and looking forward to shifting to the Doogee y200, large battery capacity and ROM, https://www.youtube.com/watch?v=3YK7HpJUO-M

Hello, tell me the truth battery lasts for 72 hours? Looking for a cheap phone to $ 70 with a good battery, I call a little, but should always be in touch. There is no way to charge the phone, constantly moving around the city. Help me choose between Doogee X5 max, Uhans A101 or Ulefone 007 or other? Thanks

@MrReq
Maybe get the Xiaomi Redmi 3s which is $110 on Geekbuying. I think it’s a much better phone and well worth the extra $30 or so.

@MrReq
I can’t recommend a specific smartphone, but my wife who basically uses her Android phone (one of the cheaper Huawai Honor models) for calling and SMS only, charges it about once a week, so there are way to adjust the setting to keep it charged a fairly long time. This applies to all phones.