I often read people complain about the lack of SATA and Gigabit Ethernet on devices, and following up a discussion on a recent post about QNAP TAS-168 and TAS-268 NAS, I was made aware that pcDuino3 Nano board had a little brother without NAND Flash, nor an IR receiver that’s currently selling for $15 on Amazon US 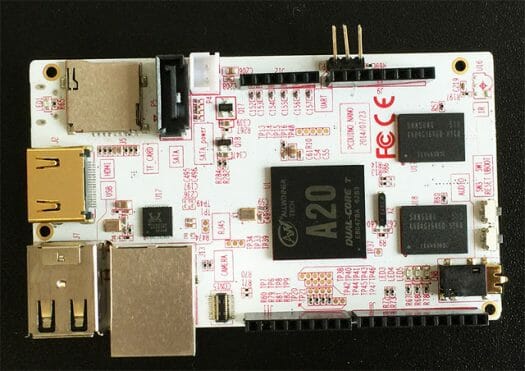 pcDuino3 Nano Lite board specifications are exactly the same as the other version minus the items: 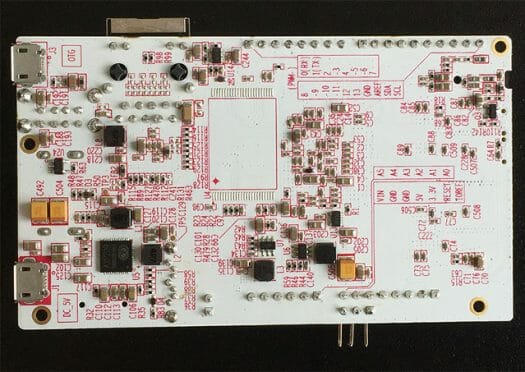 In case you wonder if it is yet another of those boards with a USB to SATA chip, then no it is not has SATA is natively supported by Allwinner A20 processor, and transfer rates of over 40MB/s should be achievable in both directions for a NAS based on this board. The company provides Ubuntu 12.04 and Android 4.2 for the board, but you could also run Armbian based on Debian Jessy, Debian Wheezy, or Ubuntu Trusty, which support both the legacy Linux 3.4 kernel, and a more recent Linux 4.2 kernel if you don’t need audio support, nor video hardware decoding.

If you don’t live in the US, or don’t fell like using a US shipping forwarder, you’ll have to pay more, and what should be the normal price, as pcDuino3 Nano Lite sells for $34.99 + shipping on Linksprite.

Thanks to tkaiser for the tip!

This is more 50EUR here at a shop in France: http://www.gotronic.fr/art-carte-pcduino-3nano-22148.htm

@zoobab
This is not the ‘Lite’ but the pdDuino3 Nano. Since all A20 based devices with GBit perform more or less identical (or are at least able to exceed 40 MB/s when set up correctly, except of the Lamobo R1 due to limitations of the switch driver I would suppose) choose the cheapest available from the list: http://linux-sunxi.org/Sunxi_devices_as_NAS

Why shipping forwarder would you recommend? I want to ship to Belgium.

How expensive is the shipping to EU?

@Fossxplorer
AmazonUS don’t ship to the EU, only the US.

Sadly other similar chips are way too expensive, not to mention most does not have a native SATA at all.

@zoobab
I can’t recommend any, as I’ve never used one, but I’ve previously heard about myus.com and shipito.com

According to linksprite the ‘Lite’ version is actually an early test batch.