Xess (pronounced Excess) is an All-in-One PC with a 17.3″ touchscreen that runs Android based Phoenix OS on top of Mediatek MT8783 octa-core processor, with some cool added features like an adjustable stand, retractable ports, magnetic stylus, and gesture control.  It is sold under the TCL brand in China, and will be launched by Alcatel OneTouch in the US and Europe. 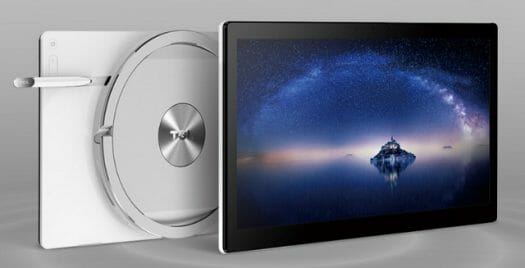 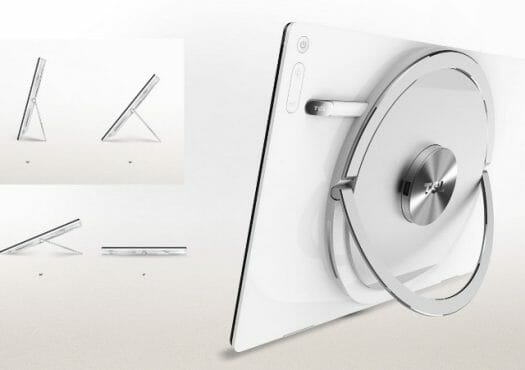 The system is said to run Android 5.1, but it’s the Phoenix OS version which makes Android behaves a bit more like a desktop OS. The stand at the back of the tablet allows for 4 positions, and you won’t find expansion ports (USB, audio jack…), until your press the large “TCL button” on the back of the screen to reveal the ports. This helps keep the device as thin as possible for people who don’t need to use the ports. The capacitive touch stylus included with the AiO PC has its own slot, but since it’s magnetic, you can just stick it on the back of the screen. Quite good for people who tend to lose their stylus… It’s also designed to be used in the kitchen, and they have collaborated with some websites to get recipes, and since your hands might be dirty while cooking, you can control the tablet without touching the screen, and instead using gestures for example to pause the current video, or switch to the next one.  This is all shown in Charbax’s video of Alcaltel OneTouch Xess at Mobile World Congress 2016.

In case you wonder what a MagTouch port is… I don’t really know either, but TCL website shows a MagCover screen protector, digital clock and digital photo frame so it must be related…

TCL Xess has recently been launched in China via a crowdfunding campaign on JD.com for 3899 RMB (~$600) with accessories and carrying bag, if I understand correctly. Alcatel OneTouch Xess for the Western markets will start selling in Q2 2016 in the US, and Q3 2016 in Europe.

For the specs, it’s insanely expensive! Not for me.