Xiaomi Mi Box 3 Enhanced is the first TV Box I’ve tested with a processor featuring ARM Cortex A72 cores, so I’m very eager to see how its performs, and I’m expecting it to be quite faster than Rockchip RK3288, but still not quite matching Nvidia Tegra X1 processor found in Nvidia Shield Android TV box. But first let’s check the system information with CPU-Z app.

The GPU is Imagination Technology PowerVR Rogue GX6250 with screen resolution set to 1920×1080, and the system has 1931 MB RAM, and 5.37 GB internal storage. The board, called kungfupanda, is running Android 5.1 on top of Linux 3.10.61+. The product is codenamed MiBOX3_PRO in the firmware. 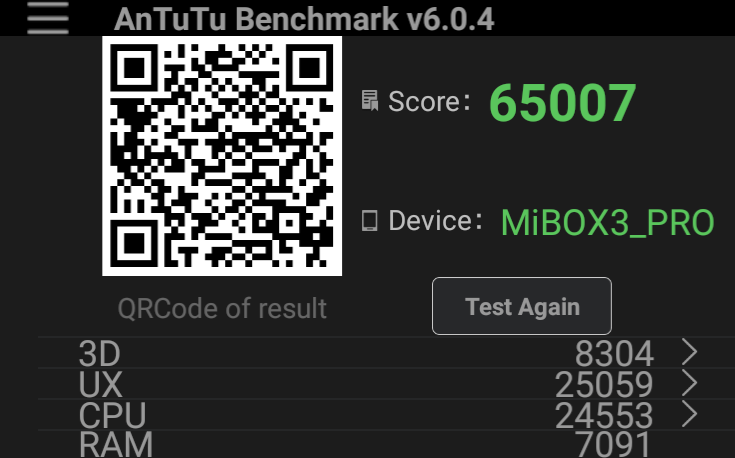 So that’s 65,007 points, not bad for a $85 device, and as expected much better than the 35,000+ points in Amlogic S905 and Rockchip RK3368 platforms. I could not find results for Rockchip RK3288 processor and Antutu 6.0, but I’ll have a new set of data soon as I’m expecting a new RK3288 board in Raspberry Pi form factor very soon. That’s still about half of the 117,820 points achieved by Nvidia Shield Android TV box, but it’s not quite the same price point. 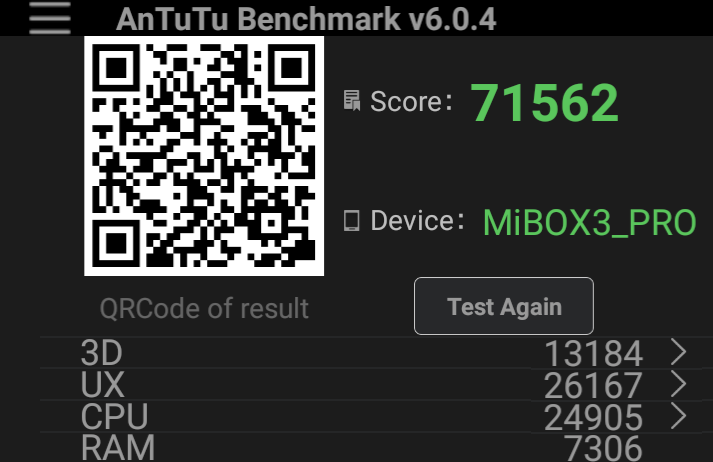 The newer score is significantly higher (71,562 points) because of a much better 3D score.] 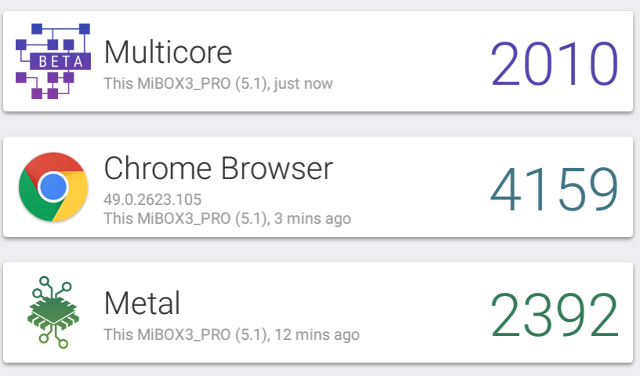 2,010 points for Multicore, 4,159 points with Chrome Browser, and 2,392 points using the Metal benchmark. Since Vellamo scores are not quite as well known as Antutu, it’s probably a good idea to update my comparison chart. Bear in mind that I normally use the stock Browser with Vellamo, but since it is not available in Mi Box 3 Enhanced, I’ve installed Chrome instead. The downside is that it may skew that particular benchmark, and have added or removed a few hundred points. 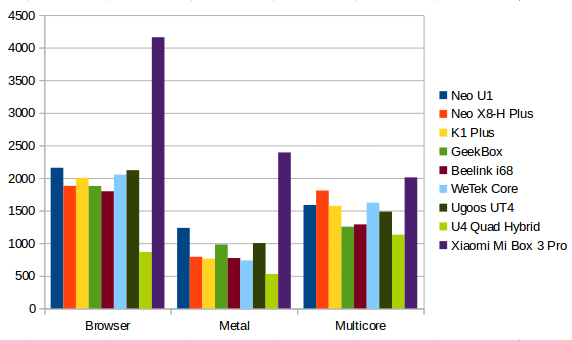 Nevertheless, Mi Box 3 Enhancement is clearly ahead of the competition for all three Vellamo benchmarks, with other devices featuring Amlogic S905, Amlogic S812, Rockchip RK3368, and Hisilicon Hi3798M V100 processors.

[Update: Here are the results with 1080p60 video output, where the Browser score is a little higher. 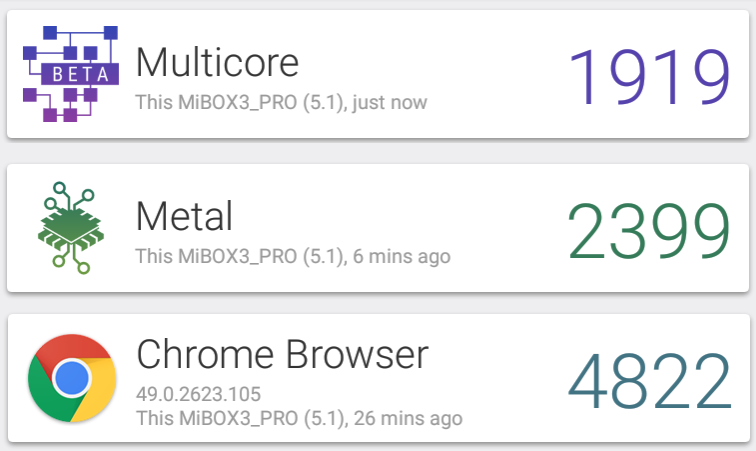 The last benchmark I’ll run is 3DMark Ice Storm Extreme. The fastest smartphones and Nvidia TV box all max out that one at 60 fps. 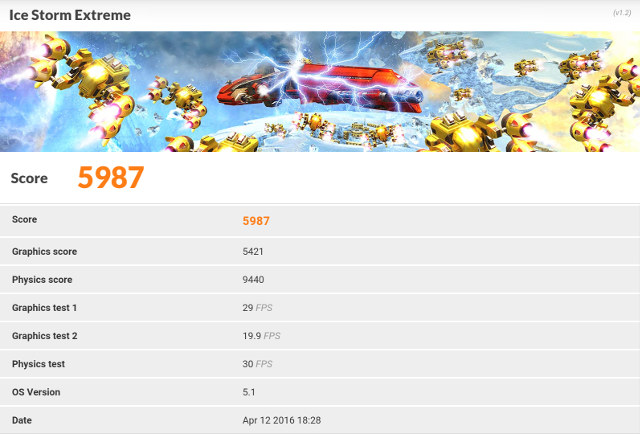 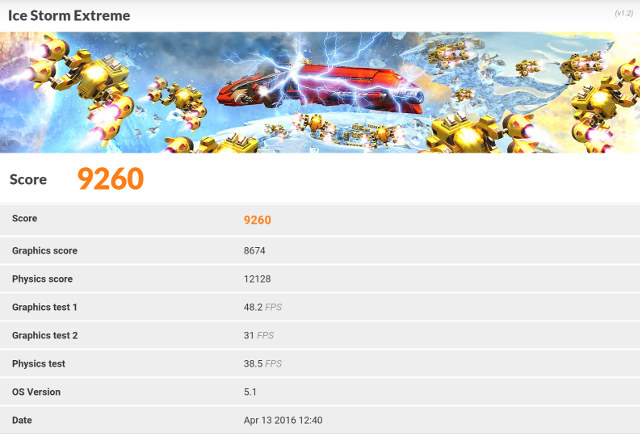 GearBest provided the device for review, and they sell Xiaomi Mi Box 3 Enhanced TV box for $79.99 including shipping. Other shops selling the device include GeekBuying, and Aliexpress.