NEXBOX A1 was one of the first announcements of an Android TV box powered by Amlogic S912 SoC, but there weren’t many details at the time. Since then several other boxes has been announced, but few have prices, and GearBest now informed me that they were taking pre-orders for NEXBOX A1 for $70.99 including shipping with coupon GBNA1. 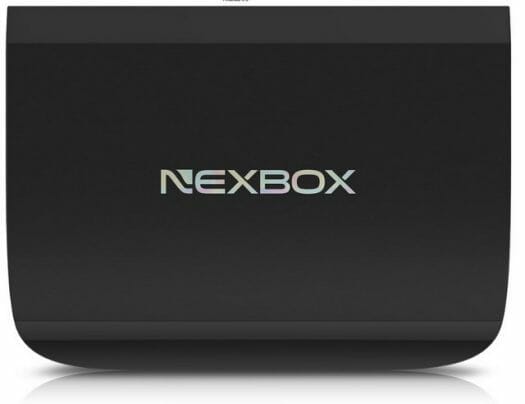 So the specifications don’t differ much from the competition. NEXBOX A1 also runs Android 6.0, and ships with the usual accessories, namely an IR remote control, an HDMI cable, a power adapter, and an English manual.

Considering Amlogic S912 processor competes with Rockchip RK3368 octa-core processor, but with both a better GPU, and video codec support, S912 TV box prices will likely converge towards RK3368 ones with similar specs, possibly selling for a few dollars more. Beelink i68 was the first Rockchip RK3368 TV box I reviewed, and like most S912 TV boxes, now comes with 2GB RAM, 16GB storage, Gigabit Ethernet, and dual band WiFi. So it’s a good comparison base, and it happens to sell for $66 on both GearBest and Banggood, so around $70 should be a fair price to pay for an Amlogic S912 TV box with equivalent memory and networking features.

However unless you want to make sure you’ll be one of the first to receive the device, there’s no rush to buy right now, since shipping is scheduled for September 17th, 2016.

Cortex A15 has more complex/better pipeline

For your particular task, however, I’d assume it would be better to use the VPU for H.264 encoding. Is it hard to get access to the libraries / APIs to achieve that? Or is there another reason for going the software router (e.g. quality)?

@Jean-Luc Aufranc (CNXSoft)
1.output video quality
I would like to move to ARM device for energy and cost per encoder. Intel is really expensive nowdays.

It is really bad that Odroid don’t release device for every exynos SOC 🙂
And 96boards don’t have ethernet and mostly slow 1,2GHz SOC 🙁

I hope these don’t have wireless card adapter problems or buggy Android software! What if these started a revolution in boxes that for the first time didn’t have any problems? Every other box has had problems, will this be the first out of thousands to not have problems? If not this one, what if it is time for a box to come along and work perfectly without tweaking for years. Plus, what if all the boxes were built the same and you wouldn’t run the risk of getting a dud or clone? Are we ready for the future?

I just ordered an A95X a couple days ago…so I’d be kicking myself if this was shipping already…LOL.

Have any of you guys heard of a 3rd gen Amazon Fire tv box, or a 2nd gen NVIDIA Shield coming out anytime this year? Both of the current devices now came out in 2015.

@RZA
Nope. Both devices are already pretty powerful, so they may not even be an update this year.

@Jean-Luc Aufranc (CNXSoft)
Thanks for the input. So I’ll be a first time buyer, I’m not really into gaming. I’m looking for a TV box that does well with Live TV, I.e. sports, news, etc. What new system would you recommend?

Hi guys,
there’s nice presale promo on banggod for the very similiar box 49,99$
http://www.banggood.com/NEXBOX-A3-Amlogic-S912-2GB-RAM-16GB-ROM-TV-BOX-p-1079100.html
There is one difference the box shape. other specifications are similar.

Received this today. Nothing on screen when plugged in, with multiple cables, on all inputs into working outlets. Remote doesn’t do anything. What am I doing wrong?

@Narakorn Songkittirote C
There’s usually an LED when the device is on. Can you see anything? In case you have connected a bunch of USB device such as one or more hard drives, only try to boot the box with the HDMI cable, and power adapter, and nothing else plugged into the device.

Have you seen baylibre blog where they connect the serial console, dated Jan 21st 2017