While Laptops and mini PCs powered by Intel Apollo Lake low lower Celeron and Pentium processors are slowly starting to show up, and should go into full swing in 2017, Intel is also working on their successors, which according to a leaked roadmap for 2017-2018 will be Gemini Lake processors. 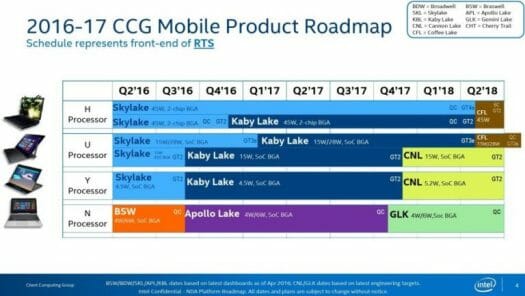 Gemini Lake will also have a 4 to 6 Watts TDP, and come in a BGA package, but there’s nothing much else we know, except the first processors should become available in Q4 2017 or Q1 2018. Other families include mid-range Cannon Lake family with 5.2 to 15 W TDP with some Core M and Core ix processors, and the higher-end Coffee Lake family succeeding Kaby Lake and Skylake processors. 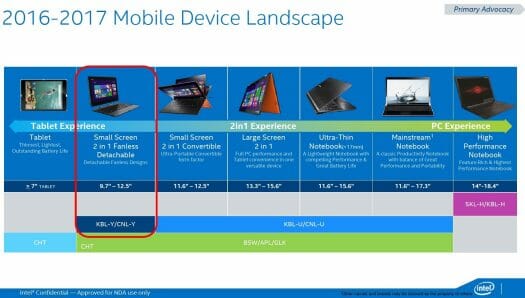