Inforce Computing announced their 6501 Micro SOM system-on-module based on Qualcomm Snapdragon 805 processor in Q2 2015, and the company informed me that they had just unveiled a lower power version based on Snapdragon 600 processor called 6401 Micro SOM, and still featuring WiFi, Bluetooth 4.0, and GPS connectivity on module. 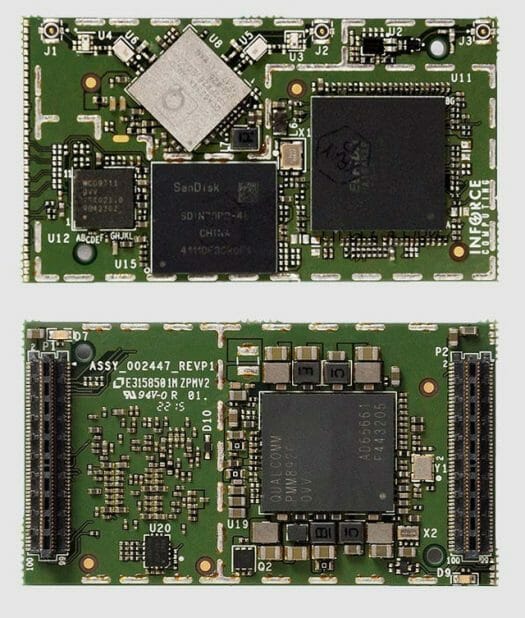 Android KitKat 4.4 BSP,  Linaro Ubuntu Linux 14.04 BSP, as well as  device drivers for cameras, displays, and peripherals are provided to customers. The datasheet (actually a product brief) and mechanical dimensions can be downloaded freely, but most of the documentation can only be downloaded after having purchased the board.

Inforce SYS6401 development platform can be used for evaluation and speed the early stage of development. The kit includes one Inforce 6401 Micro SOM, a mini-ITX carrier board, a 12V power supply, a micro-USB cable, and an acrylic base.

Inforce 6501 Micro SOM is sold for $166, while the development kit can be purchased for $371. Visit Inforce 6401 Micro System on Module and Inforce 6401 Development Kit pages for further details.