We first heard about ECS Liva Z mini PCs based on Intel Apollo Lake processors at Computex 2016, but at the time there was very little information about the platforms. Since then Intel has officially launched Apollo Lake processor, and ECS is now at CES 2017 where they showcased ECS Liva Z and Liva ZE mini PCs powered by Intel Celeron N3350, N3450 or N4200 processor. 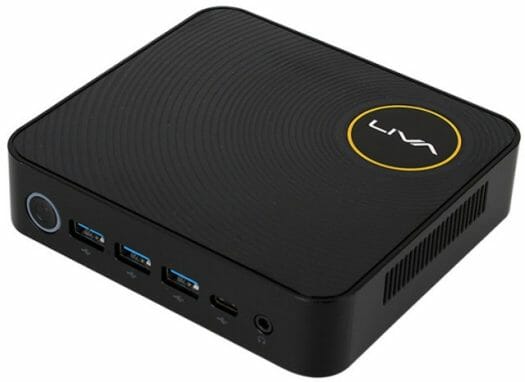 Another difference is that while ECS LIVA Z appears to be only available with Windows 10, Liva ZE will be sold with Linux or Windows 10.

We’ll see have to wait for availability and pricing information.

What is the use of the 4 serial ports??? Do they have any addons/accessories that works with those ports?

@Mihai
Usually for industrial use.

RS232 is used for panel control in digital signage applications.

Why ECS puts all USB-ports in front? That’s not as beautiful if you want have an USB-peripheral always plugged-in