We’ve already covered Qualcomm Snapdragon 820 system-on-modules such as Intrinsyc Open-Q 820 and Inforce 6601, which can be used with baseboards that are suitable for development, but so far I had not seen a single board computer (SBC) powered by the processor optimized for mass production and suitable for integration into products. Bu this is about to change, as three Snapdragon 820 SBCs are now (or soon will be) available with Inforce Computing 6640, iWave iW-RainboW-G25S, and DragonBoard 820c. 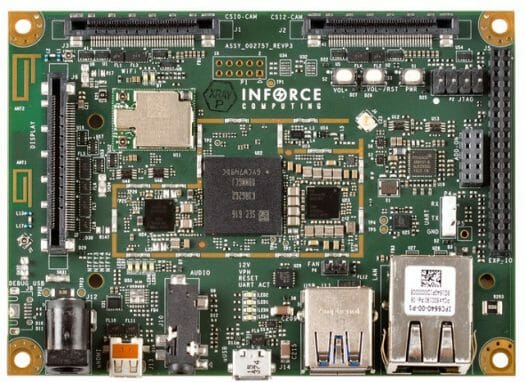 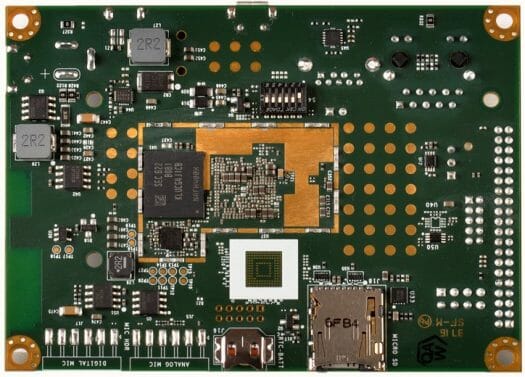 The company currently provides Android 6.0.1 and Android 7.0 BSPs, but based on the comments section on a related Linux Gizmos article, Inforce Computing is working on a Linux BSP that should be released by the end of March.

Inforce 6640 board can be purchased for $289 directly on the product page, where you’ll also find some info, and some documentation. 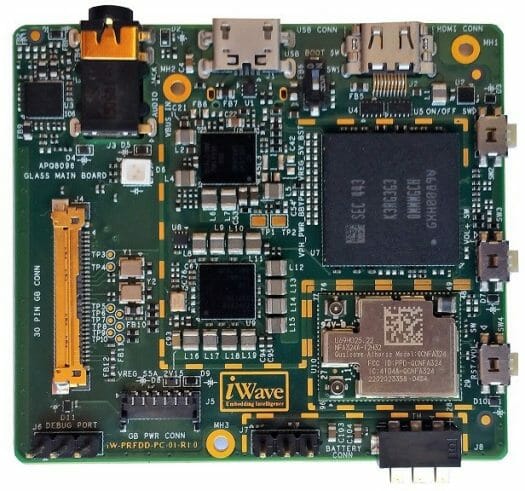 The second board of our list is made by iWave Systems Technologies, based in Bangolore, India, and comes with the following specifications: 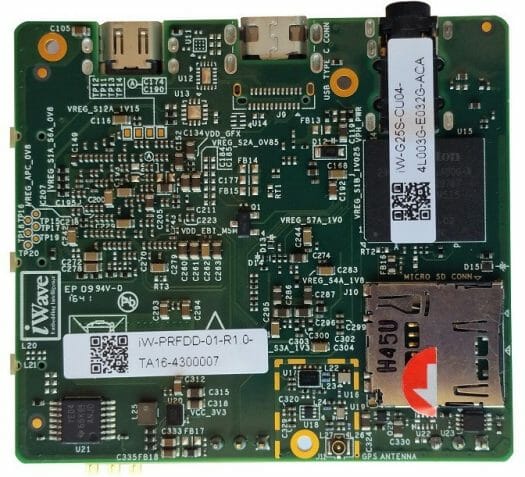 You’ll need to request a quote to get the price for the board, and you can do so, as well as get a few more details, on the product page.

I first found out about DragonBoard 820c, when I covered DragonBoard 600c development board last summer, but at the time there was not enough information to write a separate article. The board has now been listed on Arrow, and appears very similar to 600c board, so we have a few more details including basic preliminary specifications:

The page on Arrow states that:

This board only supports the Android operating system at this time.  There is NO Linux support for this board from Arrow, Qualcomm, or Linaro.org.  Only the Hardware Manual and Android User Manual are available as documentation.

However, a Wiki page on Linaro website explains how to install Debian and Open Embedded on the board, and DragonBoard 820c is supported by the Yocto Project, or at least there’s work done on it.

Contrary to the other boards, DragonBoard 820c does not appear to be available just yet, and price is  not known either.

be linux or not to be linux. that is the point

Now we’re talking. Hopefully Inforce & co get ready with their linux BSP sooner than later. And even if Qualcom falter with the GPU stack for linux, these boards could still be excellent Ubuntu Touch platforms.

A comparison table between the 3 boards would be super nice.

All of the source for Qualcomm chips is here:
https://www.codeaurora.org/projects/all-active-projects/android-msm

But why bother? For $289 you can buy a fine x86 based machine and it will be way faster. x86 runs Android too.

If 820C can get both MIPI-CSI2s to work then it will be a very interesting computer vision platform.