LibreELEC is a JeOS (Just enough Operating System) based on Linux that creates a media center appliance platform for Kodi (formelly XBMC), and a fork of OpenELEC. The developers have now released LibreELEC v8.0.0 with the latest Kodi 17.0 “Krypton”. 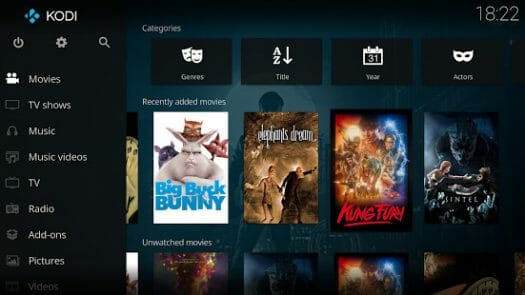 Beside the update to Kodi 17, some of the changes since the last stable version (v7.95.3) include:

The full list of changes can be found on github.

While it’s possible to update from an existing installation, there are a few potential issues if you were running a mixed-arch build ( 32-/64-bit) for Amlogic devices, or enabled “Sync Playback to Display” with audio pass-through. If you update, and get stuck in Kodi 17 splash screen, you may want to delete /storage/.kodi/userdata/Databases/Addons27.db. While some workarounds are explained in the release blog post (linked in the introduction), you may prefer installing from scratch using LibreELEC SD creator with images available for the following platforms:

Those are the officially supported hardware platforms, but if your device is not listed, there could be community support firmware images for your device. You’ll have to check out the forums to find out. Some work also also started to run LibreELEC 8.0 on Rockchip RK3288 processor.

Just been reading libreElec forum and the no support for Amlogic s912 GPU t830 , I find the argument odd. Amlogic gets called for not giving Linux fbdev drivers and only licencing Android drivers . But Amlogic SOC get sold in Android TV boxes. ( the clue is in Android ) and Arm sell their customers Android DDK ( the clue is still in Android ). Quote from Arm “The ARM Mali-T820 & Mali-T830 GPUs offer full support for current and next generation APIs, enabling advanced 3D graphics acceleration and GPU Compute functionality. This includes support for the Khronos OpenGL… Read more »

@Theguyuk Amlogic can as well provide X11 libs, fbdev would simply be so much easier to add to my current builds.

I can agree that their only target seems to be Android and until some development board with S912 is released with proper drivers we won’t see LE for S912.

I’ve already wasted too much time on trying to make libhybris work on S912.