Rikomagic R1 may look like a Android TV box from some angles, but it’s actually a mini projector powered by Rockchip RK3128 quad core processor, with 1GB RAM, 32GB storage, with many of the port of featuring found on a TV box, plus a 854×480 DLP LED projector. 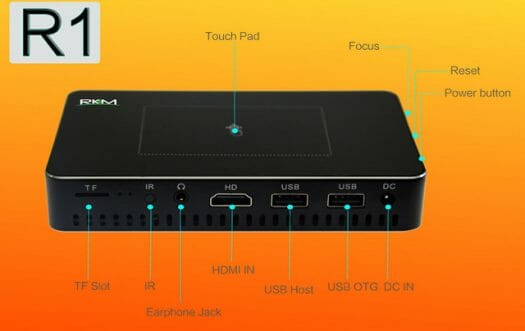 The projector runs Android 4.4, and ships with an HDMI cable, an IR remote control, a power supply, and a tripod. 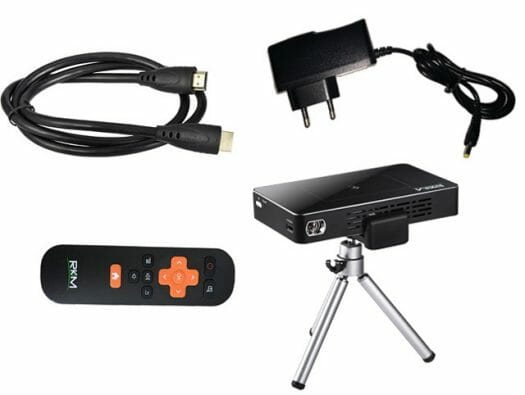 In some way Rikomagic R1 is very similar to Doogee P1 with a quad core processor running Android 4.4, an WVGA DLP projector, and a battery. R1 however adds HDMI input, a micro SD port, a larger eMMC flash, an audio jack, and an IR receiver. The resolution may seem low, but based on my experience with Doogee P1 review, it’s perfectly usable. The stated luminance of 1,000 lumens contrast a lot with the 70 lumens listed for Doogee P1, but it’s probably because one is expressed in raw lumens and the other, in effective lumens.

Rikomagic R1 is not for sale yet, but considering Doogee P1 goes for about $160, I’d expect the new projector to be little more expensive due to the extra features. More details may be available on the product page.