While you can install Linux on most laptops by yourself, it’s not always easy to find a laptop pre-installed with Linux, especially for the cheaper models. So it’s encouraging to see products like Litebook, a laptop with Elementary OS based on Ubuntu, and powered by an Intel Celeron N3150 “Braswell” processor with 4GB RAM, a 512GB hard drive, and a 14.1″ Full HD display.

One worry is that Litebook is a completely new company, but they did not design the model themselves, as the laptop is/was available for sale on sites like Aliexpress or DHGate but pre-loaded with Windows 8.1 or 10 instead. We know because the promotional photos looks the same, as the first picture at the top was photoshopped, replacing Windows by Linux based Elementary OS. 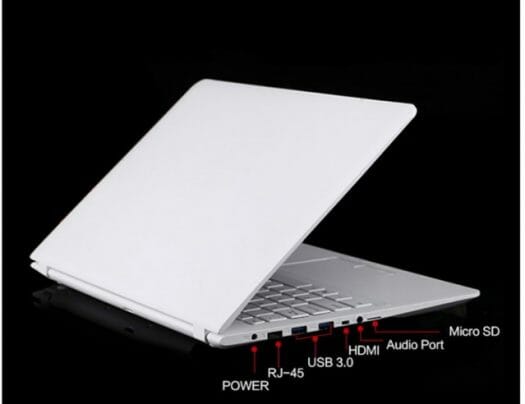 That’s both positive and negative, as it means the hardware has been used in the past, but it raises question about software support. The latter concern is somewhat alleviated, as Liliputing reports, since the company openly answered comments on Reddit here and there, where they explain they’ve updated the Linux kernel to version 4.8 for wireless support, and the laptop comes with PlayonLinux and Wine for Windows programs support,WPS/Kingsoft Office, and Firefox as the default web browser. If you find out you don’t like Elementary OS, you’ll be able to install any other Linux distributions with Linux 4.8, or even Windows on the laptop.

Litebook is now for sale for $249 with the 512GB hard drive, or $269 with the 512 GB HDD and an extra 32GB mSATA SSD (Hybrid storage option), where the operating system is installed for better performance. Shipping is not included in the price, and the laptop appears to ship to North America and Europe, but none of the countries I tried in Asia.

Anyone know if RAM is up-gradable or whether ou can add an mSATA device later?

@Phil Trickett
RAM soldered = can’t be upgradable
the mSATA drive can be replaced but the laptop needs to be disassemble, and not really easy to access.

Hopefully with azerty be keyboard also…

Elementary is actually a rare thing, a competent user friendly PC linux OS. It does this by borrowing heavily from OSX/Windows is the UI department but it’s still head and shoulders above anything else in linux land even Ubuntu. What separates Elementary is it’s a GUI first OS, pretty much all linux OS are still stuck in the past relying on the command line far too much, something OSX/Windows banished to IT professionals a long time ago. It’s why desktop linux never took off and linux was always seen as an OS made by nerds for nerds. If anyone had… Read more »

@Dan
@Dan, IMO Linux Mint Cinnamon beats Elementary OS when it comes to a “real” GUI, and it is Ubuntu-based.

@Dan If something goes wrong with Windows there’s sometimes a need to drop down into cmd, PowerShell or Registry Editor, so Windows isn’t 100% perfect as well. Usually I just reinstall it because troubleshooting just isn’t worth the time – you could rebuild a machine in the time it takes to troubleshoot a weird issue. Although I agree, sometimes Linux is a bit too much for people. OTOH, my mother is not very technical and uses her laptop mainly for web browsing, email and YouTube, and basic things like watching a couple of videos. She’s OK with Ubuntu and she… Read more »