Android speakers with a touchscreen display has been around for a while,  but Clarify speaker adds support for both Amazon Alexa and Google Assistant’s “OK Google”. The 5W stereo speaker also comes with a quad core processor coupled with 16GB storage and 1GB RAM, a 7″ touchscreen display, and a battery. 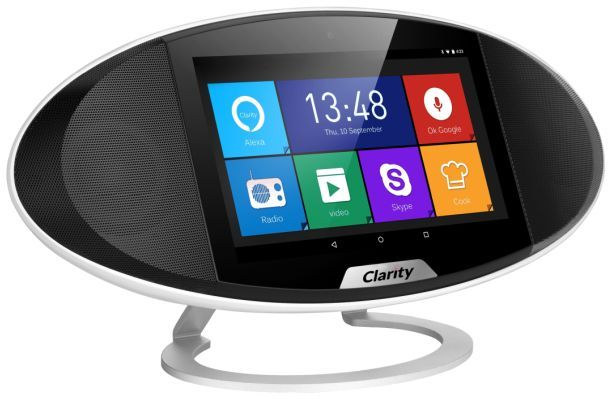 The system will run Android 5.1, although Android 6.0 is also mentioned, and what makes it stand apart from previous similar models, is that the company added support for Alexa and Google Assistant’s “OK Google” to control the device with voice commands like you would on your phone. 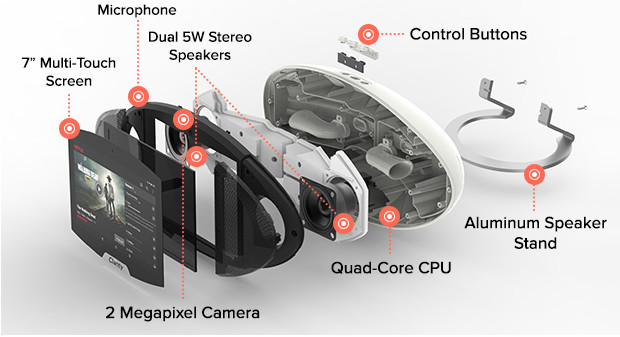 Claritry speaker’s project has been running on Indiegogo for about a month, and it has surprisingly been successful having raised $230,000 so far. All “very early bird” rewards are gone, but you could still pledge $149 to get Clarity speaker with a charging cable, a user manual, and one year warranty. Shipping is free to the US, and $15 to the rest of the world with delivery scheduled for June 2017.

I call this “bedside alarm clock” and you can have this china thing for 100€:

Yeah…Archos and others have this Kitchen Radios or bedside clocks since years. They even look the same. And 1GB of RAM ? Come on !!!

As I previously posted but it as been removed, on eBay UK running Android 4.4.