Allwinner H3 boards such as Orange Pi PC and NanoPi NEO are mostly interesting due to their ability to run Linux and control I/Os, and while they also support Android, most people wanting to run Android are better served with TV boxes instead, as they come with enclosure, power supply, HDMI cable, and an IR remote control. That does not mean there’s no use case for Android on development boards, and that’s why probably KotCzarny, and other developers, have decided to work on H3Droid project to provide better Android images for Allwinner H3 boards and devices than the firmware released by manufacturers. 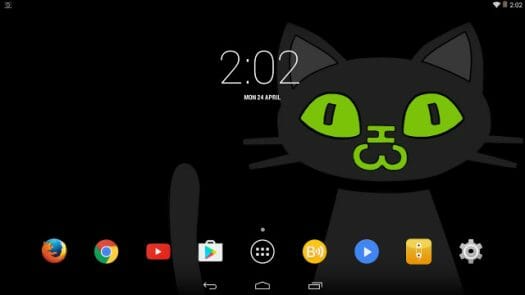 Some of the improvements include “sane DRAM/CPU settings”, support for Custom recovery system, Google Play Store and more USB network adapters, as well as the removal of apps and feature unusable for people outside out China. You’ll also be able to access the board via SSH if you add your public key to the image. You’ll need a Linux computer (or board) to install the image, as it relies on an installer and there are a few steps to complete the installation on the SD card:

The FAQ indicates that the image has been tested on Orange Pi PC, Orange Pi Plus 2E, Orange Pi PC Plus, and Orange Pi Lite, but it should also work on other Allwinner H3 boards as long as you change the FEX file (script.bin). Also note that the first boot may take a while, and H3droid is still considered beta with for example Bluetooth, and power off not working yet, and a few other bugs still lingering. If you try the image on your board, you can provided feedback on #H3droid IRC channel on Freenode, or via the website. There’s also a forum thread on Orange Pi forums.

hi! please keep in mind that there is fel and image installers in the works for people with windows boxes and without linux knowledge

@kc
Thanks for your work. I can see you have released H3 Image Installer for Windows. I’ve updated the post to reflect that.

Keep up the good work, kc! Very nice to see you keep updating android for the orange pi. And thanks to cnx for posting about your rom 🙂

Please feel free to test it and report any issues!

Thanks to everyone who has supported us!