Realtek RTD1295 processor allows for 4K TV boxes with DVR and PiP function through HDMI input, and USB 3.0 and SATA 3.0 storage interfaces. I previously reviewed Zidoo X9S and EWEAT R9 Plus based on the solution, and I especially liked support with NAS function through OpenWrt running side-by-side with Android 6.0. Those are high-end devices that cost well over $100, but we’ve recently seen cheaper models, likely with less refined firmware, no metal case, and possibly lacking OpenWrt that go as low as $78 shipped with LAKE I Home Cloud TV box. We can now get an even cheaper model, albeit with just 1GB RAM and 8GB flash, thanks to Xano X5 sold for $68.32 including shipping on Aliexpress. There’s also a 2GB/16GB version on the same page going for $82.76. 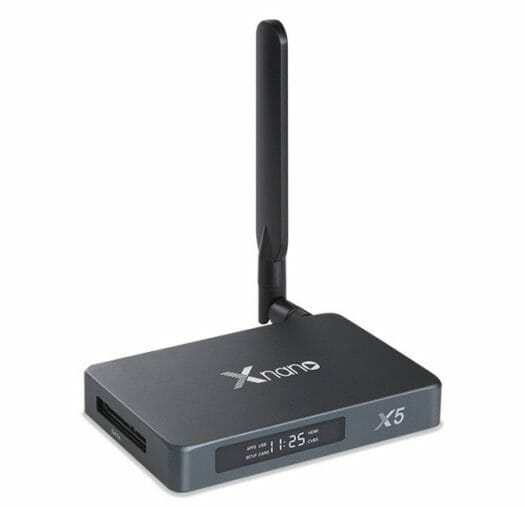 Based on the documentation on the Aliexpress page, the box appears to run both Android 6.0 and OpenWrt, and ships with a HDMI cable, an IR remote control, a user’s manual, a high gain WiFi antenna, and a power adapter. HDMI input support DVR, Broadcasting over UDP, and PiP functions. 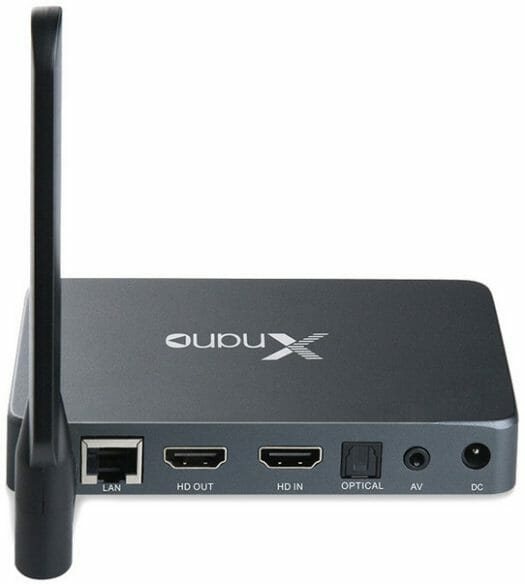 The company also published a picture of the board, and for people who want to develop U-boot or Linux on the board (mainline for RTD1295 is in progress), the 4-pin header on the right between the USB 3.0 port and micro SD slot could the UART header to access the serial console. We’ve previously seen USB 3.0, SATA, and Gigabit Ethernet performance is excellent on such box, so it could also make an interesting Linux device/board if more people work on it. 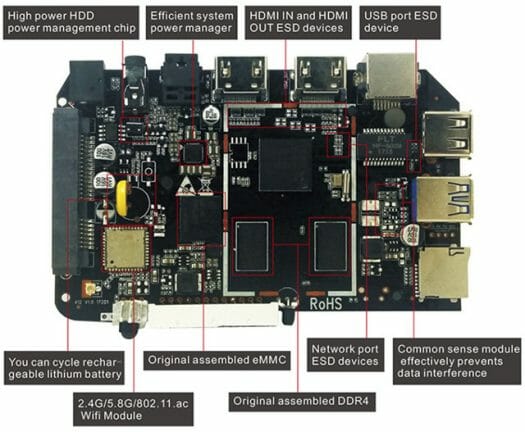 Other Aliexpress sellers offer the box for a few dollars higher, GearBest is not quite as competitive here, as it sells the device for $78 including worldwide shipping [Update: GBCNA coupon brings that down to $67.19].  If you do a group buy of at least five, DHGate sells it for  $62.29 per unit including DHL shipping.

Thanks to Danman for the tip.

Since the reverse side of the PCB can’t be seen: SATA is native on this SoC, right?

Does anyone have any idea whether the chipset is able to do USB OTG?

I’d love to be able to use this as an IP KVM, it could even support KVM passthrough (if OTG support is possible)

@Jean-Luc Aufranc (CNXSoft)
Nice. It seems vendors are starting to come to their senses and starting to drop the phone mantra of ‘gazillion of cores and even more GHz’ in favor of a reasonable number of cores, non-antiquated GPUs are much more usable IO. Now they need to start offering 3/4 GB of RAM options.

@Rogan Dawes
The block diagram @ http://www.cnx-software.com/2016/04/10/zidoo-x9s-android-6-0-tv-box-features-realtek-rtd1295-processor-with-sata-3-0-hdmi-2-0a-output-and-input/ does not show OTG per se.
But it comes with both USB host and device interfaces.

cnxsoft :
@Rogan Dawes
The block diagram @ http://www.cnx-software.com/2016/04/10/zidoo-x9s-android-6-0-tv-box-features-realtek-rtd1295-processor-with-sata-3-0-hdmi-2-0a-output-and-input/ does not show OTG per se.
But it comes with both USB host and device interfaces.

Thanks for the info!

So, at least the CPU supports both, now just a question if one of the device interfaces is brought out or not. I was hoping it might be like one of the boxes where you can plug in a male to male cable 😉

@Jean-Luc Aufranc (CNXSoft)
Makers webpage states you can use Skype, but I cannot see a 3.5mm Mic/Headphone socket – so how ?
Makers webpage photos implies an ideal use to view/record broadcast TV – is that limited to internet TV or how would one connect free-to-air live TV ?

@Paul
1. Many webcams come with microphone, that’s how 🙂
2. I’m not sure if we are looking at the same picture, but if you mean: 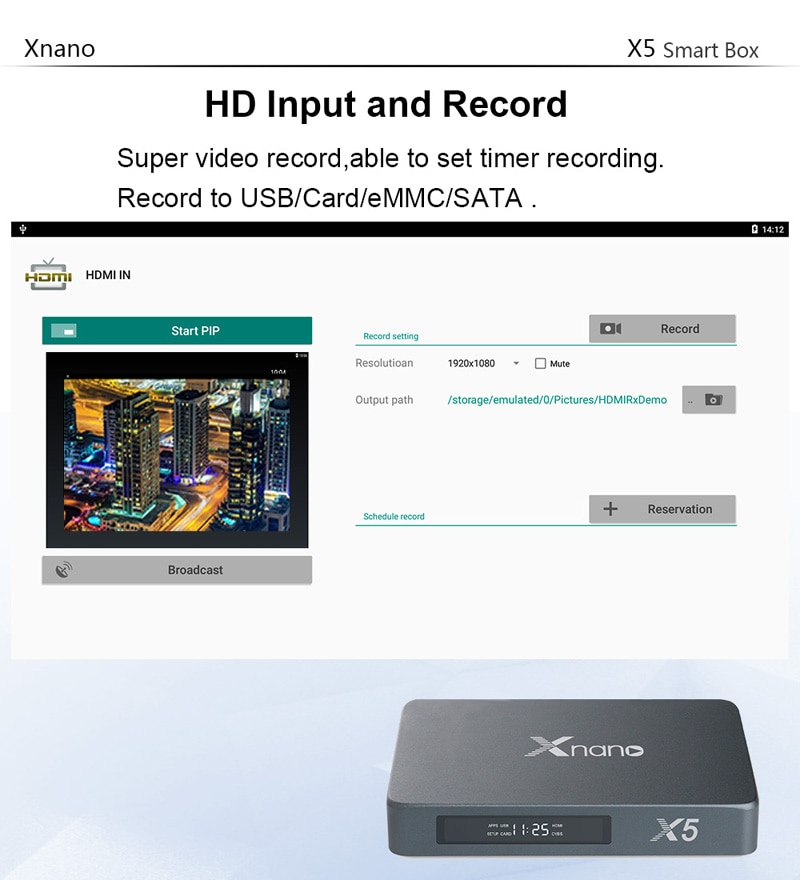 ?size=161750&height=880&width=800&hash=d60ca1bd1aed4940d80e3ce8eb3bca04
That’s broadcast for HDMI input. Let’s say you have a DTV STB connected to the HDMI input of the device, you should be able to broadcast that over your LAN to watch live TV on your smartphone and/or other devices.

@Rogan Dawes
Now that you mention USB male to male cable, I used that to upgrade firmware in another RTD1295 box -> http://www.cnx-software.com/2017/03/16/how-to-reinstall-android-firmware-on-realtek-rtd1295-tv-boxes/

@Jean-Luc Aufranc (CNXSoft)
Fantastic! Thanks for the info!

I have a problem when I want to update firmware.
I found firmware at http://geekbuying.mediafire.com/file/48k17cn2py99svk/install%282%2B16GB%29.img
But my xnano don’t allow to open that file also it didn’t run it on the start like I expect.
Does anybody have solution about it?

Hi @Jean-Luc Aufranc (CNXSoft)
i got a Nano X5 today. I love the HDMI Input option.
But what I need to do, to receive the broadcast (app/Protocol,etc)
Also is the broadcast available thru the WIFI?