When I first wrote about Zidoo H6 Pro TV box powered by Amlogic H6 “6K” media processor last week, I expected the launch to take place in several weeks or months, as no other company listed their Allwinner H6 TV box(es) on Alibaba. So today, I was surprised to find out GearBest and GeekBuying are both taking pre-orders for $99, with shipping expected around August 11 – 15 according to the page on GearBest, and in around 3 days according to GeekBuying. 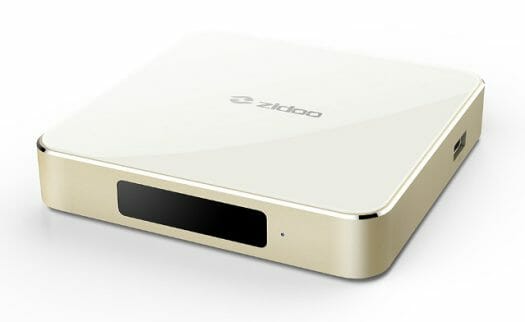 The specifications have not changed since last week…: 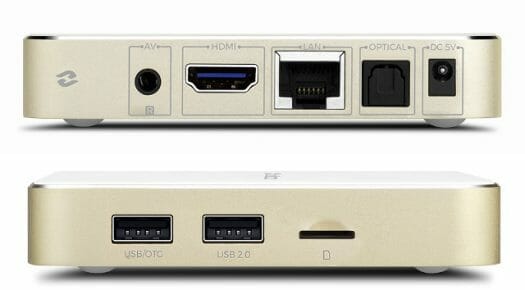 The box runs Android 7.0 with a revamped ZIUI user interfaces, and ships with a Bluetooth remote control, a HDMI cable, a power adapter, and a user manual.

I’m starting to wonder whether Allwinner signs exclusivity deals with some partners. For example, if you want an Allwinner R40 or V40 board, you can only do so through SinoVoIP (Banana Pi), and in the case of Allwinner H6, I can only see Zidoo using the processor in their product. Either that, or all other companies are running away from Allwinner 😉

Three small remarks: ‘An external power needed if USB connects to over 1TB mobile HDD’ — power requirements of 2.5″ HDDs are not really related to capacity. I’ve some nasty 150GB 2.5″ WD Velociraptor that even need power on the 12V rail while more recent large capacity 2.5″ HDDs are pretty power efficient (since in the meantime all being designed with ‘external USB disk’ in mind having to cope with 5V/~800mA max). Using SDIO connected Ampak’s AP6255 for Wi-Fi/BT means that H6’s single PCIe 2.x lane is not used here (pity, I’m really interested how PCIe performance with H6 looks… Read more »

Apart from the Mali-T720MP2, there is nothing that makes this box stand out at all.

I would definitely wait a while before buying any Allwinner SOC based after the debacle that was their A80, which they made rather too many claims without ever delivering on them.

Two remarks from me: