We’ve previously covered tuners or small boxes that allow you to watch free-to-air TV on your smartphone or tablet with products such as PT115m/PT115e or DTV Link box, but I’ve just noticed GeekBuying added TV030 DVB-T tuner that connects to the micro USB port of your smartphone, and sells for just $10.99 shipped. 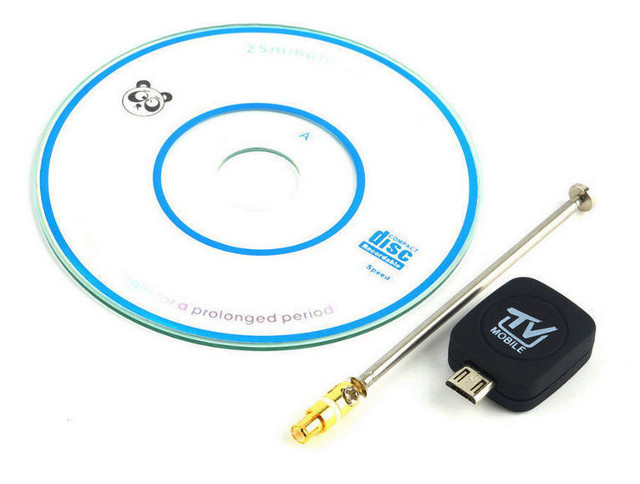 The stick sells with an antenna, and a CDROM apparently containing the Android apk for EZTV app. It requires Android 4.1-5.0 or greater with the following minimal requirements to watch: 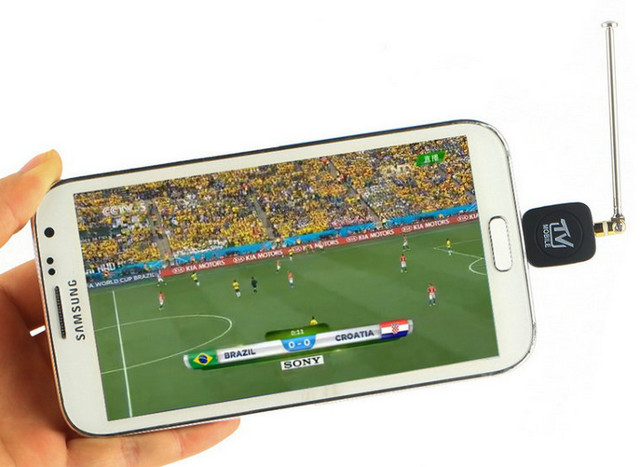 With this type of requirements, it’s clear the tuner is not a new product, and I could find it on Banggood too where they provided the content of the CD with padtv_v1.0.1_933(isdbt).apk. Make sure DVB-T is a supported standard in your country, as I regularly receive emails from people in the US asking me why they DVB-T2 TV box is not working… That’s possibly why there are several bad reviews on Amazon and eBay, where I also found the cheapest price ($9.99). TV030 only supports DVB-T, not DVB-T2, but Banggood points to MyGica PT360 if you want the latter. It’s out of stock in most places, but Aliexpress still has it for about $23. The review below (really starting at 1:00) shows Mygica PT360 in action. Note that TV030 and PT360 use different apps.

If you want to get broadcast television on your mobile device, invest in a hardware backend of some description and run Kodi as a frontend on the device itself. Currently I am (was, I think the PSU died) running a Wetek Openelec box with a DVB-S2 adaptor and TVHeadend as the backend with Kodi running on any device I want live TV on.

I’d be interested to know if these devices are capable of doing SDR like the RTL-SDR DVB-T dongles. Anyone cracked one open to check the chipset inside?

Sweden switches most channels to DVB-T2 standard this year.