Google unveiled their latest Pixel 2 & Pixel 2 XL premium smartphones powered by Snapdragon 835 SoC earlier this month, and while they are expected to go on sale tomorrow, reviewers have got their hands on samples, and one of the key feature is the camera that takes really good photos and videos as reported here and there.

You’d think the ISP and DSP inside Snapdragon 835 SoC would handle any sort of processing required to take photos. But apparently that was not enough, as Google decided to design their own custom co-processor – called Pixel Visual Core -, and integrated it into Pixel 2 phones. 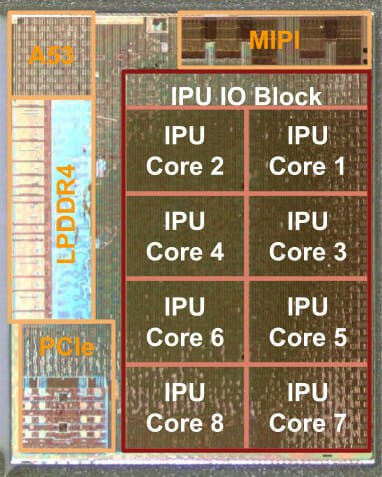 Each IPU core includes 512 arithmetic logic units (ALUs), and the IPU delivers more than 3 TOPS (trillion operations per second) on a mobile power budget. Pixel Visual Core allows HDR+ to run 5x faster using a tenth of energy required by running the algorithm on the application processor (AP). Programming is done using domain-specific languages: Halide for image processing and TensorFlow for machine learning, and a Google-made compiler optimizes the code for the hardware.

Pixel Visual Core will be accessible as a developer option in the developer preview of Android Oreo 8.1 (MR1), before being enabled for any apps using the Android Camera API.

Thanks for linking to Halide. I hadn’t heard of it before. Looks very interesting for optimizing low level image processing operations