Round Solutions, a supplier of products, services and concepts for industrial M2M and IoT markets, has introduced PingPong IoT development board with either Microchip PIC32MZ running an RTOS, or PIC32MZ DA running Linux, and equipped with a Telit modules for either 2G or 3G cellular + GNSS connectivity.

The board can also support WiFi, Bluetooth, ISM/RF, NFC/RFID, LoRa, Sigfox, Iridium satellite, and serial interface thanks to a range of expansion boards. 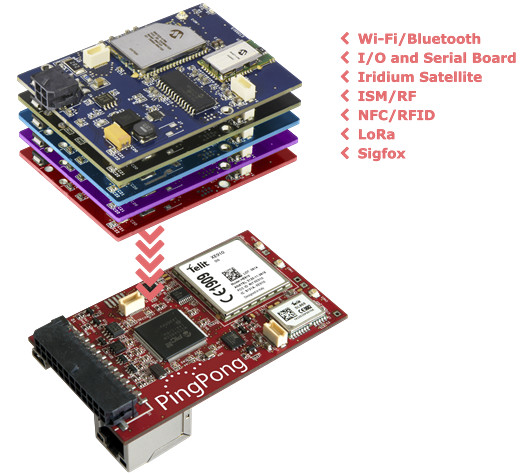 The RTOS version uses C/C++ and Python and comes with a USB CDC bootloader, while the Linux version is more versatile with support for Open VPN, IPSEC tunnels for example for IoT gateway / router functionality. The source code is available for both operating system, and the company can also provide ready-made software packages for remote metering, asset tracking, Wi-Fi/Bluetooth gateway, MODbus over TCP, or MODbus RS485. 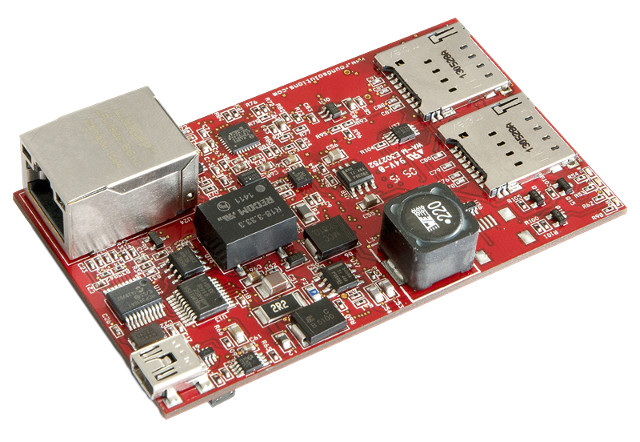 The board is also compatible with MPLAB Harmony, and can connect to Cumulocity IoT Cloud Platform or Telit m2mAIR Cloud out of the box.

The Linux & 4G versions of the board still appear to be in development, but PingPong IoT 3G/RTOS board is available now, starting at 197 Euros with the board only, and up to 445 Euros with the WiFi/Bluetooth, and RF/ISM add-on boards.