So the take from final week of the 4.16 release looks a lot like rc7, in that about half of it is networking. If it wasn’t for that, it would all be very small and calm.

We had a number of fixes and cleanups elsewhere, but none of it made me go “uhhuh, better let this soak for another week”. And davem didn’t think the networking was a reason to delay the release, so I’m not.

End result: 4.16 is out, and the merge window for 4.17 is open and
I’ll start doing pull requests tomorrow.

Outside of networking, most of the last week was various arch fixlets (powerpc, arm, x86, arm64), some driver fixes (mainly scsi and rdma)
and misc other noise (documentation, vm, perf).

The appended shortlog gives an overview of the details (again, this is only the small stuff in the last week, if you want the full 4.16
changelog you’d better get the git tree and filter by your area of
interest). 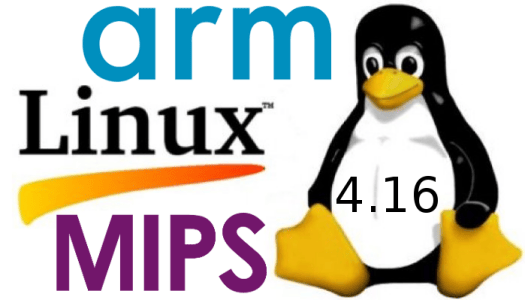 Some of most interesting changes for Linux 4.16 include:

Some of Arm-specific changes include:

MIPS also had several changes, and listed in many details as usual, except for an ultra compact summary:

Most items from the longer version of the summary: