Beelink launched several Apollo Lake mini PCs in the last few years, and despite moving to Intel Gemini Lake family for some of their more recent models such as Beelink S2 or Beelink X45, the company has just launched a new Apollo Lake model.

The new Beelink KT03 “client computer” is powered by an Intel Celeron J3455 processor, but differs from other mini PCs from the company, as it is sold barebone without RAM nor storage (nor OS), comes with two DB9 RS-232 connectors, and dual Gigabit Ethernet ports. 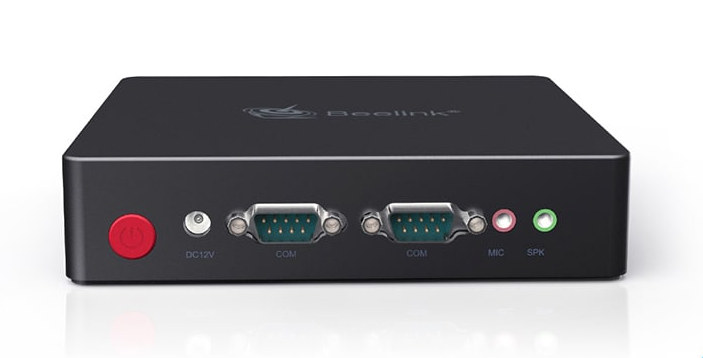 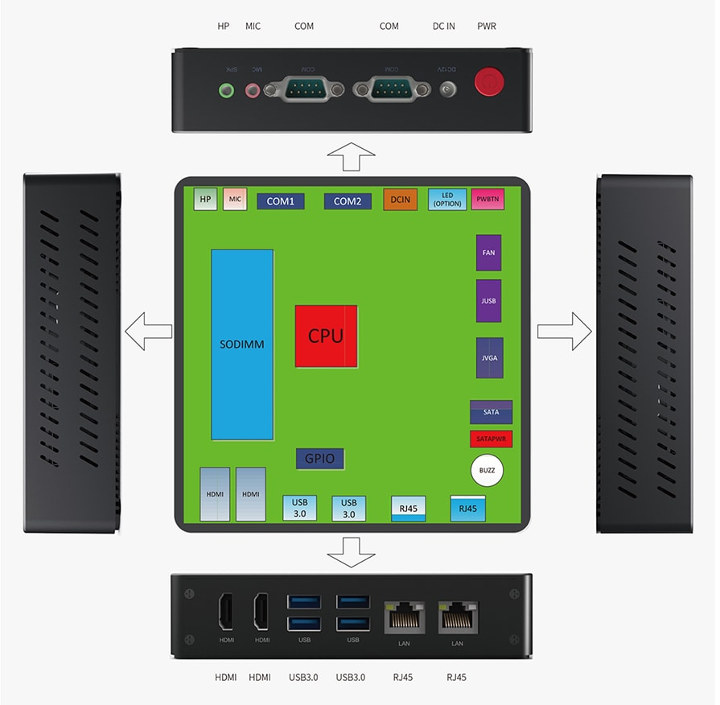 You’d have to add your own DDR3L memory stick, mSATA or/and SATA drive, and install the operating system yourself. I can’t find any links to (Windows) drivers right now however. The specifications list make it quite clear it’s more for industrial use, or other custom solutions with VGA and USB headers, the COM ports, and GPIO headers that are not so common on x86 mini PCs.

That may also explain why the company has provided the detailed pinout for each connector and header including mPCIe sockets, DB9 ports, RJ45 connectors, SATA, and so on. 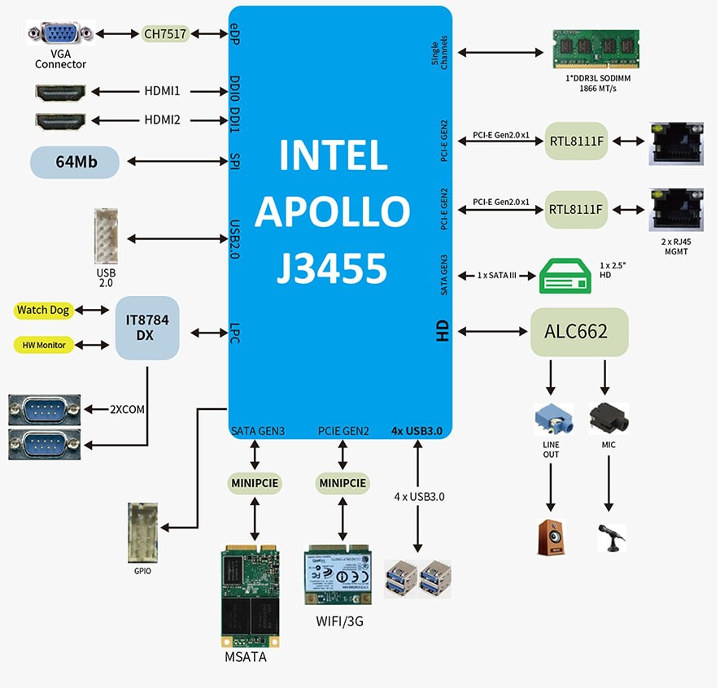 Beelink KT03 can be purchased for $149.99 including worldwide shipping on GearBest. Again, you’ll have to use your own RAM, storage and operating system.

That’s very interesting! I needed something like this with 2 onboard thernet, thank you!

I wonder how well this would run pfSense firewall, a FreeBSD distribution.