Allwinner H2+ quad core Cortex A7 processor has enabled some of the cheapest Arm Linux boards on the market with products such as NanoPi Duo or Orange Pi Zero with the latter now selling for about $9 and up.

SinoVoIP also had their own inexpensive – and Raspberry Pi Zero compatible – Allwinner H2+ board with Banana Pi M2 Zero, and the company has now been working on another model dubbed BPI-P2 Zero which includes support for PoE (Power-over-Ethernet) as well as a CSI camera interface. 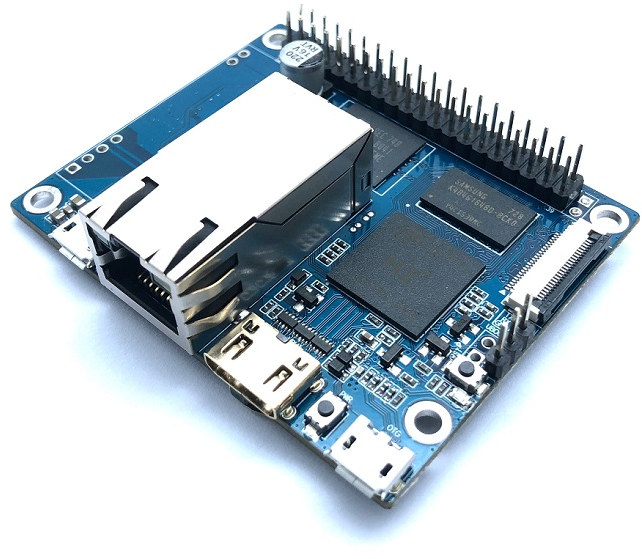 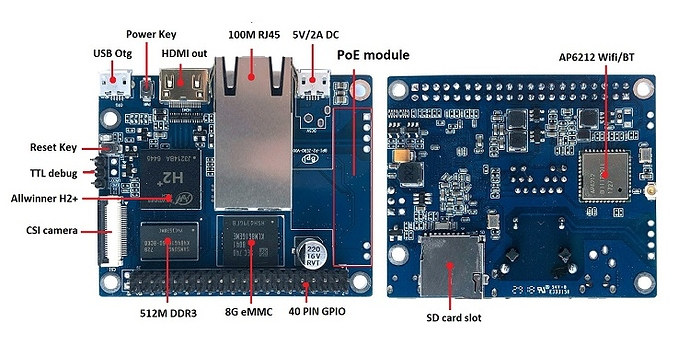 As noted by the company BPI-P2 Zero has very similar features compared to the earlier  BPI-M2 Zero, but is wider due to the addition of an 8GB eMMC flash, an Ethernet port, and PoE function. That also means software support will be similar with both Linux and Android supported as indicated in the Wiki.

The presence of both PoE and an a camera interface means the board could be used for custom PoE IP cameras should could be connected to the network appliances like Lanner NVA-3000 machine vision computer that supports up to 8 PoE cameras.

SinoVoIP does not sell the board on Aliexpress (Update: Now launched for $16 and up see pinned comment below), but the company does offer the option to replace Allwinner H2+ with pin-to-pin compatible Allwinner H3 or H5 processor.