Arm has now unveiled another variant of Cortex-A76 core. Cortex-A76AE (Automotive Enhanced) is  designed for automotive application, and specifically autonomous driving applications, thanks to extra safety features such as Split-Lock capability which includes the ability for Dual Core Lock-Step (DCLS). The latter means that two processors are running the same code at the same time, and the instructions is only validated is the results are identical on both processors. 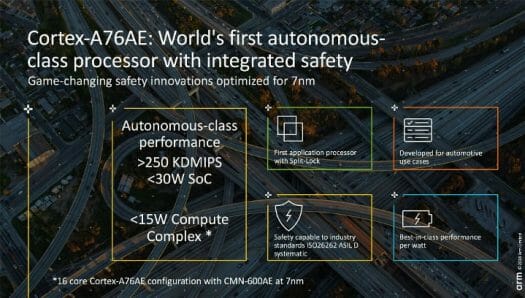 Microarchitectural highlights of Cortex-A76AE for safety: 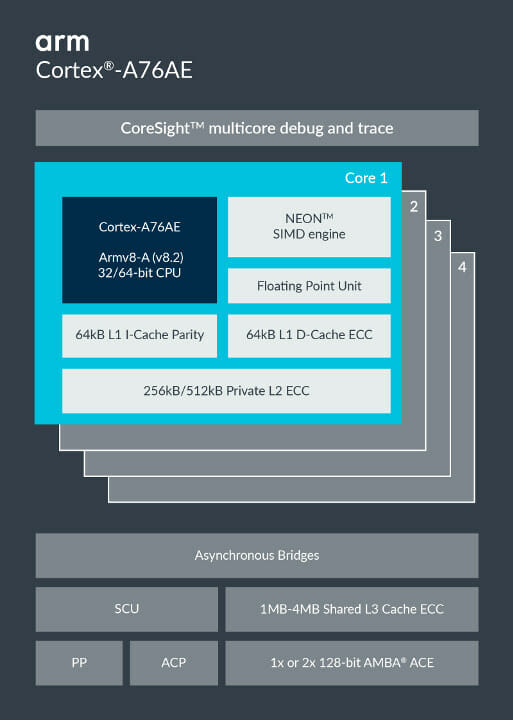 Cortex-A76AE supports DynamIQ technology, and is optimized to be manufactured with a 7nm process.

You’ll find more details on the product page, as well as the dedicated developer page.