Microchip has been offering RN2483 & RN2903 LoRa modules for respectively 868 MHz and 915 MHz frequencies for several years, but the company has now announced SAM R34 and SAM R35 LoRa systems-in-package (SiP) that offer similar functionality in a much smaller form factor.

Both SiPs integrate a Microchip SAM L21 Arm Cortex-M0+ based MCU,a sub-GHz RF LoRa transceiver operating from 862 to 1020 MHz, and a software stack. That means you don’t need different SiP depending on the region, and the only difference between SAM R34 and SAM R35 is the latter does without a USB interface for lower cost. 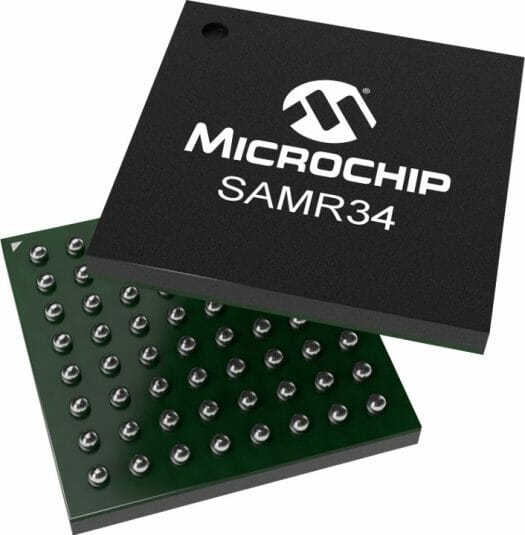 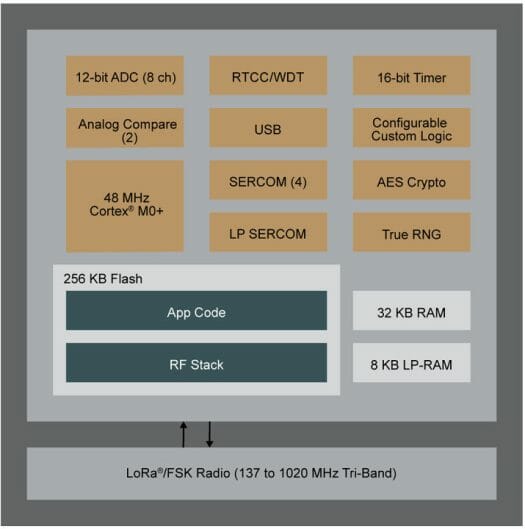 The SiPs come with Microchip LoRaWAN stack that supports Class A and Class C modes of operation, LoRaWAN 1.0.2 regional parameters, and multiple regions including US915, EU868, AS923, AU915, KR920, and IN865 bands.

To get started with evaluation and development the company also provides SAMR34 Xplained Pro (aka SAMR34 X-Pro) development board based on SAMR34, and supported by Atmel Studio IDE.

Microchip’s SAM R34/35 LoRa family is available in six variants, with 10k pricing starting at $3.76 for SAM R34 and $3.66 for SAM R35 SiP without a USB interface. SAM R34 Xplained Pro evaluation kit can be purchased for $99. More details can be found in the SiPs’ product page.

It get a better idea of the miniaturization achieved by Microchip, the photo above compares the new SAM R34 LoRa SiP (left) to the older RN2903A LoRa SiP (right).