MediaTek processors have been found in a few Chromebooks notably in MediaTek MT8173 powered Acer Chromebook R13, but the quad-core Cortex A72/A53 processor hasn’t made it into many models like the hexa-core Rockchip RK3399 “OP1” processor. However, I’ve been informed there are a few patchsets that have been submitted to mainline Linux and V4L2 mailing lists about MediaTek MT8183 octa-core Cortex A73/A53 processor.

The latter adds a Digital Image Processing (DIP) driver on MediaTek MT8183 SoC, “which will be used in camera features on CrOS application” and some code related to MT8183 is found in Chromium OS repository, so those clues should confirm the octa-core processor will end up in Chromebooks, with the current MT8183 reference board being named Kukui. 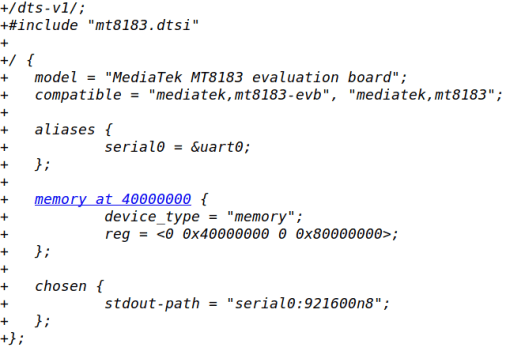 There aren’t any product pages for MT8183 on MediaTek website just yet, but by looking at the source code (e.g. Device tree file), and some clues around the web, we can derive the main features of the processor:

Many of the specifications look similar to Helio P70 smartphone SoC, including the 280 GMAC/s NPU, so I would not be surprised if MT8183 processor featured the same Arm Mali-G72 MP3, and 12nm manufacturing process. 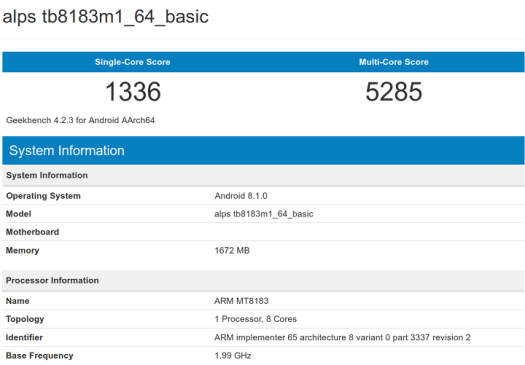 Makes sense, it’s quite hard to make good use of 6 cores in a tablet. Two small and two large cores should be enough for everyone 🙂

In all seriousness, I believe CA53 was the core that turned this industry upside down — there’s hardly been a more influential CPU design in the past decade. The PPA of that thing is through the roof.

perhaps the chip has been put into too many devices where thermal throttling sets in?

I wonder if Mediatek know they have a reputation for being crap at product support, w.r.t. keeping code working for newer kernels. Probably they do and simply don’t care. But if they did, their devices might become more popular and thus they could sell for higher prices? Certainly, I do everything I can to avoid their products.