Maru OS was first unveiled in 2016 as a smartphone operating system that relies on Android on the go, and Debian while connected to an HDMI display, and Bluetooth keyboard and mouse. The downside was that it only works on Nexus 5 at the time, but Preetam D’Souza open sourced his solution, and more people joined the project to expand the number of supported hardware platforms.

I had not heard about the project for a while, but Maru 0.6 Okinawa has just been released with the three main changes being the switch from Android 6.0.1 AOSP to a custom version of LineageOS based on Android 8.1.0 to support a broader range of devices, the upgrade from Debian 8 to Debian 9, and support for wireless desktop streaming meaning you don’t need a phone with HDMI / MHL support anymore. 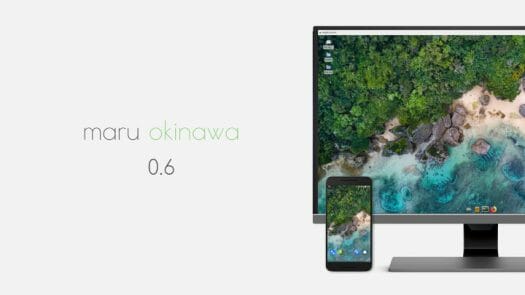 The reliance on AOSP meant Maru used to only work on Google / Nexus devices, and importantly Google dropped HDMI support after the Nexus 5, so newer devices would not be supported. The project’s switch to LineageOS should eventually pave the way to support many smartphones from Samsung, Motorola, Xiaomi, HTC, Huawei, and other vendors, but right now Nexus 5X is the only new device officially supported. Support for new models will depend on the community’s engagement.

Wireless desktop streaming that works over Google Cast removes the needs for a physical HDMI connection, and can be easily enabled: 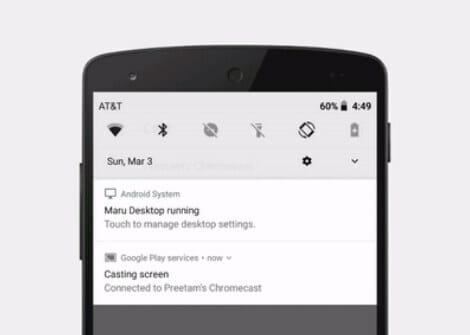 The community has also reported that Miracast works as well, so you may not even need a ChromeCast or other Google Cast compatible receiver. Bear in mind that wireless desktop streaming is still considering bleeding-edge feature so a few issues may happen from time to time.

Other changes in Maru 0.6 include improvements to mouse and keyboard notably support for USB port, instead of just Bluetooth, as well as various performance improvements thanks multi-core support in desktop mode. You’ll find a few more details on the announcement blog post, and you can also download Maru 0.6.x for Nexus 5 and/or Nexus 5X.

I would love to run something like this on my now-decommissioned Samsung Note3.

It is still fairly strong hw but it doesn’t get Android updates from Samsung so I switched to a newer phone.