We covered several 4G LTE TV boxes running Android operating system in the past, but until recently they were only available in quantities for operators or distributors. A couple of weeks ago, we found one that would sell to individuals via Aliexpress: T96G TV box. One small problem is that at $80 it’s almost 50 dollars than a TV box without LTE connectivity. The good news is there appears to be a more affordable TV box with SIM card support thanks to H6 TV box powered by Allwinner H6 and coming in 2GB/16GB or 4GB/32GB RAM/storage configurations starting at $57.99 shipped. 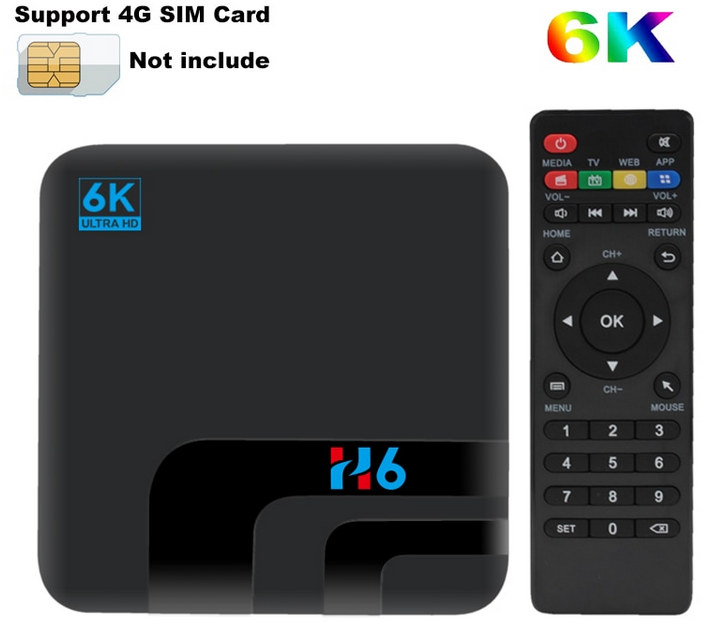 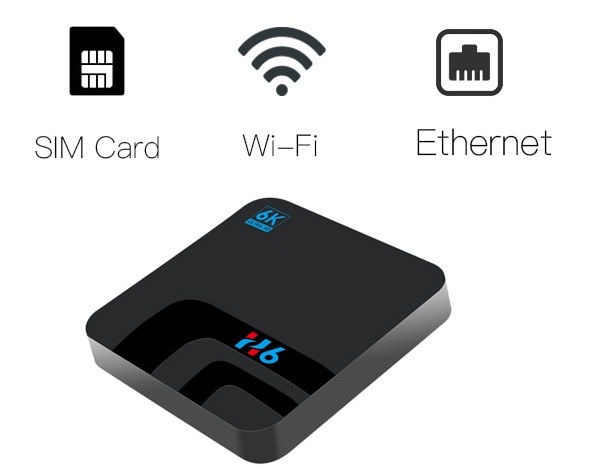 The box runs Android 8.1 and must ship with a 5V/3A power supply, a remote control, and maybe an HDMI cable. You may wonder why I have not included photos showing the ports for the box including the SIM card socket. That’s because there aren’t any. That makes the 4G SIM card support claim highly dubious, especially they did not list any of the supported features. So in theory, it’s possible the box only supports 4G LTE USB adapters, so you can insert a SIM card that way, and the firmware would then have been modified to support this type of adapter and enable/disable 4G in the settings.

A web search did not reveal more details about “H6 box with SIM card support”, but there’s another Allwinner H6 TV box – T98 – with “support for 4G SIM card” sold on Zapals website for $38.99, and they do provide photos of the ports. 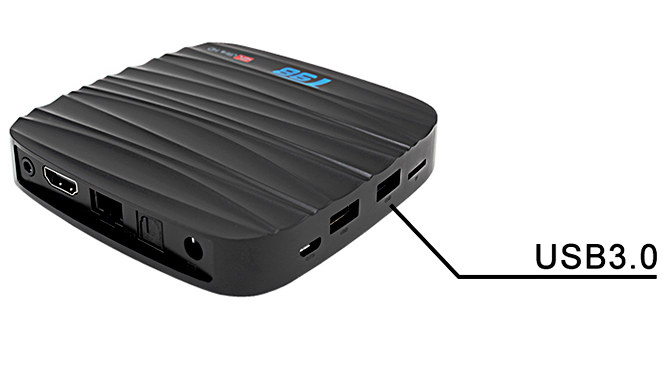 There’s a microSD “TF” card slot, but nothing about a SIM card slot on at least three sides. A further look in an eBay store, and we can see none of the four sides of the box comes with a SIM card slot. That’s really odd that none of the sellers of those Allwinner H6 TV boxes advertised with 4G SIM card support provide any details about the function. This leads me to believe there’s no modem at all, and as previously mentioned, you may have to connect your own 4G dongle, meaning support is likely just in the Android firmware.

Like the tplink 3g routers a few years back

You would have to be in a country where wireless data is dirt cheap to watch HDTV over LTE. Here in the U.S. wireless data is controlled by a cabal of Criminals who charge an arm and a leg for every byte you use. And if that’s not enough once you hit a ridiculously low cap they throttle you to 2G speeds, even if you have one of their data plans openly advertised as “unlimited”. I read somewhere that in the U.S., wireless carriers are the third most hated organization, Number two is the cable TV companies, while the most… Read more »

Here unlimited data starts at around 20$ I’m every now n then watching HD via LTE and don’t currently have a wired internet connection at home.

You mean most of the world outside of North America? 😀
I pay around $25 a month for unlimited LTE and yes, it’s truly unlimited and speeds hit 150Mbps or around there.
Not where I live though, so I still have an unlimited cable connection at 200/30Mbps for another $30 a months, which isn’t even all that cheap or fast compared to some countries. My parents have a 250/100Mbps connection included in their rent.

There are three to four other Android TV boxes with inbuit 4G LTE, the public can buy. Cannot provide links as they get removed.

I would in any case prefer an LTE stick with voice functionality as the old Huawei 3g sticks, that worked as qmi or pppoe (option) modems and with the asterisk chan_dongle compatible voice feature. But so far all of my options do nat over rndis, wlan or cdc, no voice…

Will have to search, the link you provided is just 3g dongles

Can you send me links to Android TV boxes that have actual SIM slots?

Otherwise, you’ll find some models on Aliexpress, just search for “4G LTE tv box”. Be careful, and make sure they provide a photo with the SIM card, as some look like the one I covered in the post. Also check the frequency bands as some won’t work worldwide.