Texas Instruments TIVA Arm Cortex-M4 MCU family was first introduced in 2013, I tested a TIVA Launchpad the following years, and since microcontrollers have usually a long life span they are still in use today, and should still be available for many years. I’m writing about this TI MCU family today because MikroElektronika has just announced Fusion for TIVA V8 development board for TI TIVA, Stellaris and MSP432 microcontrollers with plenty of I/Os including some MikroBus expansion slots, as well as support for debugging and programming over WiFi in addition to the usual USB-UART interface.

Fusion for TIVA v8 board specifications: 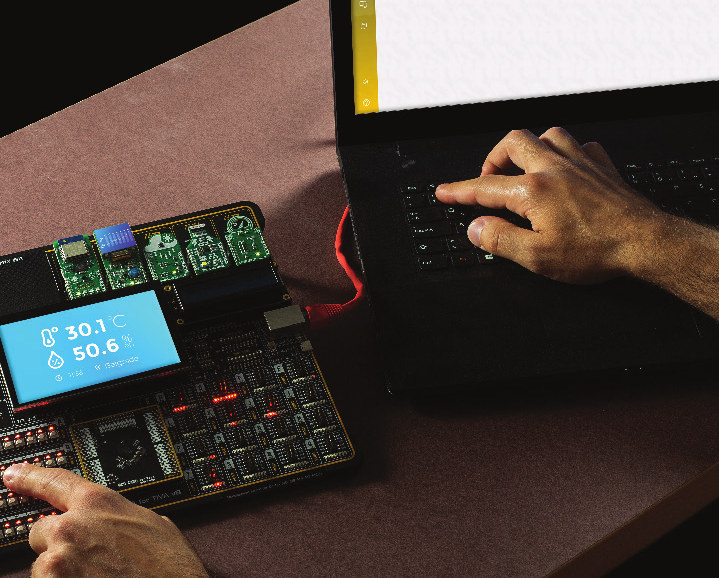 The board is designed for rapid prototyping, firmware development, proof-of-concept, and so on. Besides working over USB, the CODEGRIP module can also be accessed over WiFi. This allows remote programming and debugging, for example in hazardous environments, or for debugging a drone firmware while it is flying.

Fusion for TIVA v8 is supported by CODEGRIP Suite used to manage programming and debugging tasks, and to configure various other options and settings, providing visual feedback through its Graphical User Interface (GUI).

Fusion for TIVA v8 development is now available for pre-order for $299 together with MCU CARD for Tiva TM4C129XNCZAD pictured above. Visit the product page for more details including the list of support TI microcontrollers and TFT displays, and pre-order the kit. Delivery is scheduled to start on May 27th.