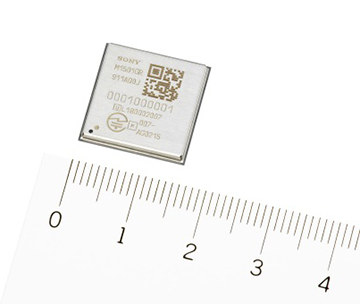 While there are many LPWAN (Low Power Wide Area Network) standards, three appear to dominate the news namely LoRaWAN, SigFox, and 3GPP NB-IoT/eMTC. They all offer long range and up to 10-year of battery life enabled by the use of low bitrate which is fast enough to send sensor data.

We can now add another LWPAN standard to the list, as Sony has developed ELTRES wireless communication standard suitable for IoT networks, and announced their CXM1501GR ELTRES module with a range of over 100km, even while traveling at 100km/h. 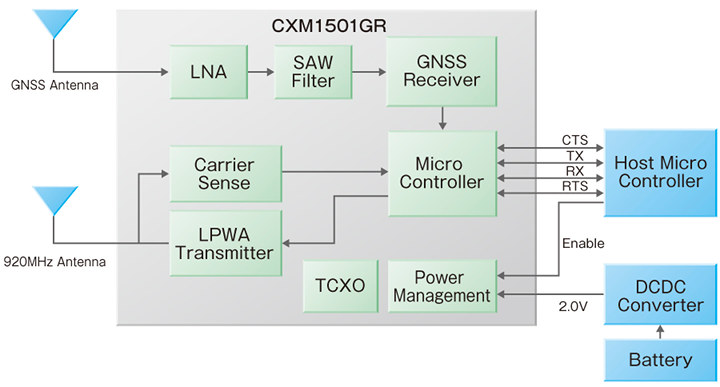 Some quick remarks. ELTRES is basically using the same frequency bands as LoRa radios, and it is uplink only, meaning ELTRES nodes can send data, but cannot be controlled remotely. Although we know it’s supposed to run on a coin cell battery, Sony has not provided any power consumption numbers for the module. ELTRES IoT network service will first be deployed in Japan starting this autumn with the eventual goal of providing national coverage. It’s unclear whether ELTRES will make it outside of Japan.

ELTRES wireless standard can be used for all sort of monitoring & tracking applications including bicycle rentals, landslides reports, yacht race tracking, location monitoring of drones and so on.

More details can be found in the module page, as well as ELTRES’ official website.