BeagleBone Green Wireless was launched in 2016 as an alternative to the official BeagleBone Green with WiFi & Bluetooth connectivity, and some extra USB ports meaning the Ethernet port had to go.

The Linux SBC was based on Texas Instruments Sitara AM3358 processor and a 512 MB RAM chip. Seeed Studio has been working on an update of the board named BeagleBone Green Gateway that combines the processor, the RAM chip, and more components into one thanks to Octavo Systems OSD3358 SiP. The new board also adds Ethernet, a DC jack for power instead of just relying on micro USB, and an I2C RTC chip and battery. 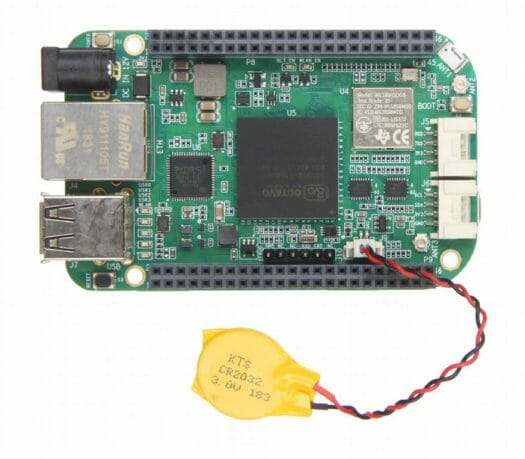 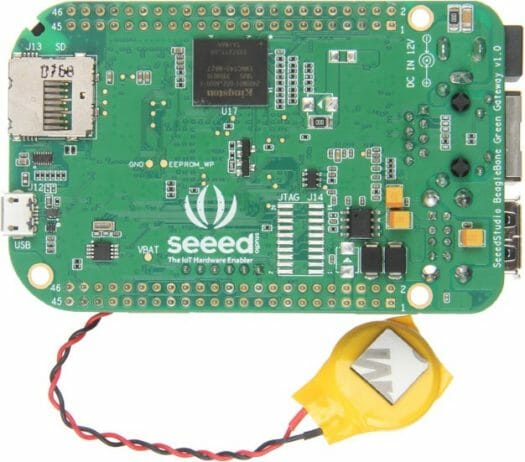 The new SBC should run Debian with Cloud9 IDE just like BeagleBone Green Wireless did when I reviewed it.

The board is not quite ready just yet, and I received the information above in a Word file as Seeed Studio is currently looking for feedback on their new addition to the Beagleboard Green family. So there’s no information about availability nor price, but for reference, BeagleBone Green Wireless is currently sold for $52.90, so I’d expect the BeagleBone Green Gateway board to cost a little bit more, maybe around $60.

I really liked my BB Black. It was a nice balance of performance and low power, it had plenty of connectivity with very fast I/O. I used it as a native JTAG probe by running OpenOCD on it, it was much faster than parallel port alternatives. I don’t use it anymore, and I’m wondering if this family of boards is still that much used nowadays. Probably if some vendors continue to create new models.

Wonder why they didn’t use the OSD3358-512M-BCB which includes the 4GB eMMC and appears to have the same footprint.

Maybe it’s more expensive than the separate parts. Or it requires a huge minimum order quantity.

It’s easy to come up with reasons to not use the OSD335x C-SIP: 1. It’s physically quite large (27x27mm, versus 21x21mm for the OSD335x-SM) and there’s just not enough space for it. Lack of space on the topside is no doubt also why they put the eMMC on the bottom side. 2. It doesn’t ball out the pins used by the eMMC, which are necessary for full beaglebone-compatibility: some users choose to boot from SD card and disable the eMMC to free up these additional pins for alternate use. 3. It is quite new. Maybe it wasn’t available yet during… Read more »

Question:
Can you power the BB Green with something like this? robotdigg.com/product/1288/12V-1A-or-2A-Power-Supply-Adapter-100-240V-AC-Input
I noticed the battery in the image says 3.0V, but I want to know if this won’t fry the board. Thanks.
Also, less important, can the board output the 12V in any way?

Pretty much any 12V power adapter with 1A+ should do.
The 3V battery is for RTC.