As I understood it was available for purchase, but you had to contact a Rockchip FAE by email in order to get one. Now, you can easily buy online, getting Toybrick TB-RK1808 AI Compute Stick on Seeed Studio for $86. Just ignore the “Core i3” in the title, we’ll see why it’s there further below. 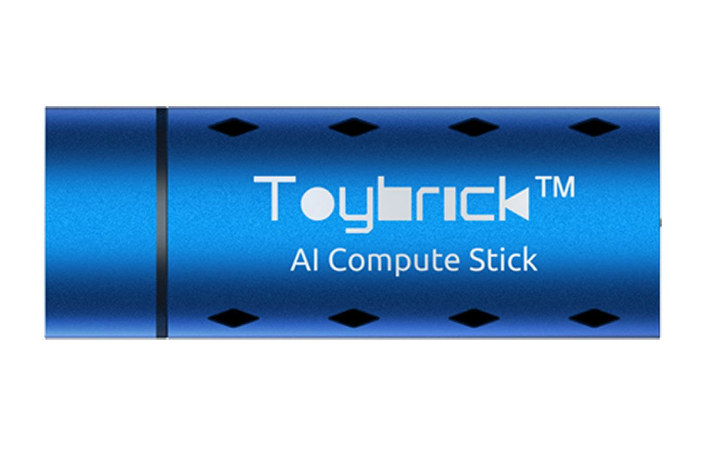 Despite the company claiming minimal requirements are an Intel Core i3 Ubuntu 16.04 computer with a USB 3.0 port, 2GB RAM and 4GB free storage, development is said to be possible on Windows, Linux, macOS, and Arm Linux (e.g. Raspberry Pi). I suppose what they mean is that developing and training models requires a more powerful computer running Ubuntu, while you can use lower-end hardware to run the model on the compute stick as is normally the case with this kind of hardware e.g. Intel Neural Compute Stick 2.

The user manual shows documentation and tools are stored on the USB stick itself. 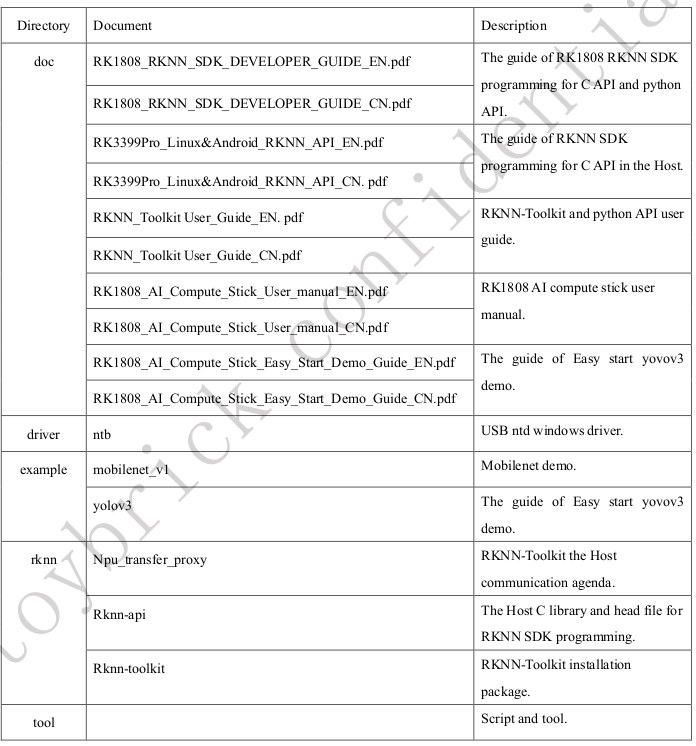 You’ll find some of it on RKNN-Toolkit repository on Github, but documentation specific to RK1808 AI Compute stick such as “RK1808_AI_Compute_Stick_User_manual_EN.pdf” or “RK1808_RKNN_SDK_DEVELOPER_GUIDE_EN.pdf” does not seem to be available publicly. There’s however some documentation on ToyBrick’s Wiki that includes demos for Mobilenet and Yolov3.

The price tag ($86) is a bit higher than I would have expected, as Orange Pi AI Stick 2801 with similar performance previously sold for $69. It did not include PLAI software tool (~$150 extra) however, which makes RK1808 AI Compute Stick quite cheaper since AFAIK it does not require the purchase of software tools.

That’s more like it. But when will it become available?

We will announce it soon.

The host code for when NPU stick in used in an ARM host is broken. It is assuming the ARM host is a RK3399 and then it looks for the internal RK1808. Bug report is here, hoping Rockchip hurries up and fixes it.

The host code works properly on x86 and Mac.