I was impressed by graphics performance and overall benchmark results in Android, especially the results I got with a heatsink matched Khadas own results with heatsink + fan. So I installed the latest Ubuntu 18.04 available at the time (July 19) in order to repeat benchmarks in Linux and see how it goes.

I decided to install armbianmonitor to draw some nice temperature charts as I did with Raspberry Pi 4:

But I had some error during installation:

And while I can load the webpage with top menu appearing, it won’t show any data, as its name implies it may only work in Armbian.

Note that I had to comment out CheckLoad in the script because Amlogic processor’s average will converge to 1.0 instead of 0.0 at idle. This happens on ODROID-N2 as well. Now we can run the benchmark on VIM3 with the provided heatsink:

Some ugly errors, but the test completed, and the full results are available here.  Wow, it’s not pretty with lots of throttling:

If we compare the results to Raspberry Pi 4 with and without heatsink, it shows something is really wrong for the multi-threaded 7-zip benchmark:

memset and memcpy are quite good since single-threaded. AES is about 10 times faster on VIM3.

If you wonder why, here’s a clue:

Khadas VIM3 runs Ubuntu 18.04 64-bit, against Debian 10 32-bit on RPi 4, which means it can use Armv8 crypto extensions while the Raspberry Pi Foundation board cannot.  Note this will only affect a few applications.

I was surprised the temperature would never go above 73°C, so I contacted Khadas and they told me the board will throttle if the temperature reaches 75°C. For some reasons the system runs at full speed in Android with just the heatsink, but Linux appears to need further cooling. As reference, Broadcom BCM2711 processor in Raspberry Pi can reach up to 85°C, so I don’t know if Amlogic is being extra cautious here.

Nevertheless, the company sent me their 3705 cooling fan specifically designed for their VIM and Edge boards. It costs $14.95 on their store.

The fan has four wire as it’s controlled via PWM, meaning it can be turned off, and/or the speed can be adjusted depending on the temperature or user settings.

It comes with four screws which we’ll use on the heatsink we already got with VIM3 SBC the first time. 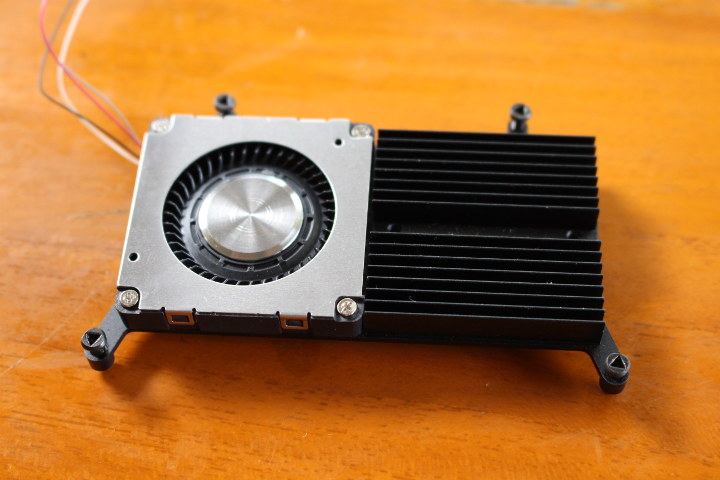 Tighten the heatsink on the SBC, and connect the cable to the 4-pin fan header. 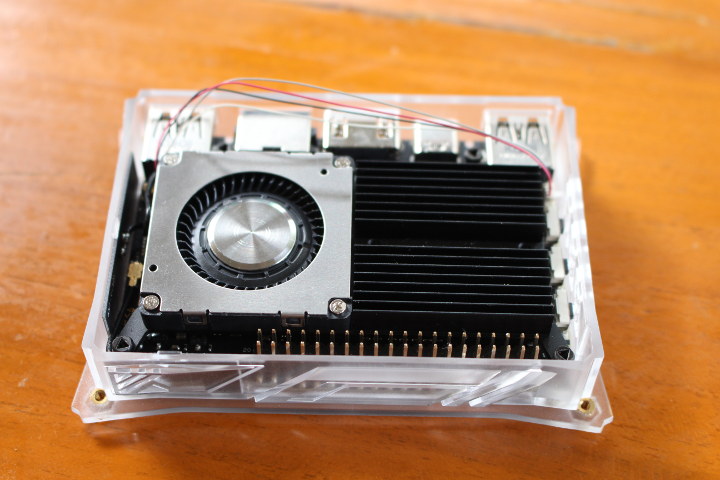 We can now place the top cover and tighten everything. As a side-note, I had not used the board for a while, so I upgrade the system as follows: 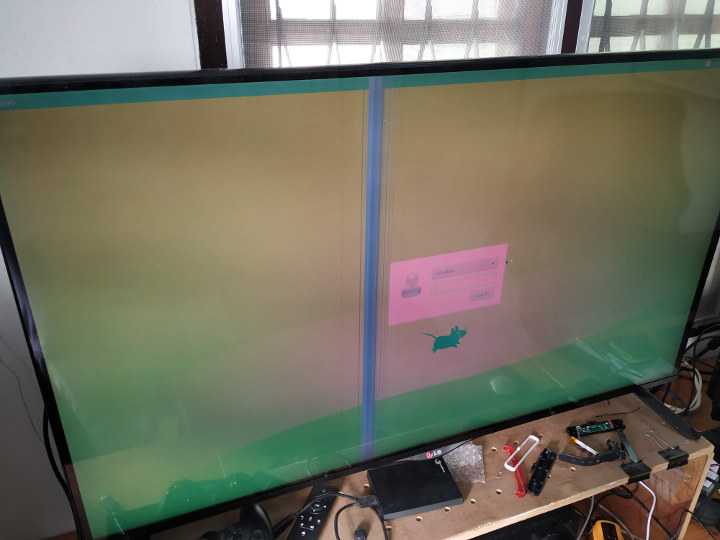 It turns out it was because u-boot package had changed name, and was not automatically upgraded. So I reinstalled it manually:

I was using an older version of the OS, and it’s unlikely to happen to anybody else. But if it does, you know where to look.

Nevertheless, we can run the benchmark again:

That’s more like it although sbc-bench detected throttling on the big cores, but not the little ones this time:

It we really look at the details, throttling did not really occur in any meaning ful manner, as frequency dropped to 1908 MHz for seven tenth of a second only, and temperature did not go over 72°C.

After boot, the fan is basically off, and as the workload increases the speed and noise go up. The fan is really noisy during cpuminer. To avoid throttling completely, I was told to edit /boot/env.txt and change “auto”  to “high”, and reboot. This makes the fan rotate at high speed at all times.

Let’s see what our new results benchmarks look against Raspberry Pi 4 both at the stock 1.5 GHz frequency and overclocked to 2.0 GHz.This time everything is as expected with Khadas VIM3 taking the lead for 7-zip with the help of its fan. Memset and memcpy scores although slightly improved.

SBC bench is fine to test headless use case, but for people who rely on the board for desktop use cases like web browsing, I’ve also run Speedometer 2.0 in Khadas VIM3 equipped with heatsink and fan using the pre-loaded Chromium. 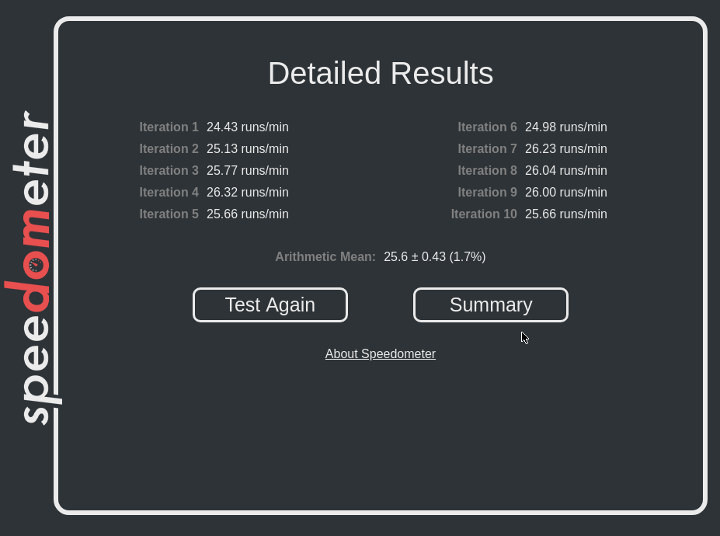 We can see the results are pretty constant, and VIM3 achieves 25.6 runs per minutes. Let’s see what a Raspberry Pi 4 overclocked to 2.0 GHz can do.

Khadas VIM3 is indeed faster but not overly so. Note that Speedometer 2.0 runs over https, so SSL/TLS is used, but it’s only a small part of the workload here.

I also wanted to test GPU performance, but Ubuntu 18.04.3 in Khadas VIM3 does not seem to support it yet, or there has been an issue during the upgrade:

Once it works, I’ll write a separate post about GPU performance.

Note that Khadas VIM3 (2GB RAM) sells for $99 while the equivalent Raspberry Pi 4 (2GB) goes for $45. VIM3 does have other advantages however in terms of media playback, and proper HDMI 2.0 support (4K YUV420 supported).