PocketCHIP was a Linux handheld computer powered by Allwinner R8/GR8 Cortex-A8 based CHIP board. The battery-powered device came with a small resistive display, 512 MB RAM, 4GB NAND flash, and a keyboard allowing to run Debian with PICO8 GUI so you could play retro games, access the terminal and so on.

But since Next Thing Co folded last year the products are not available anymore. Since the designs were open source, Source Parts first tried to resurrect the board via their slightly modified Popcorn Computer but the Kickstarter campaign was unsuccessful.

The company is now attempting to bring back PocketCHIP (sort of) with Pocket Popcorn Computer (abbreviated as Pocket P.C.) with a new design, and a much more powerful quad-core Cortex-A53 processor and overall better specs. 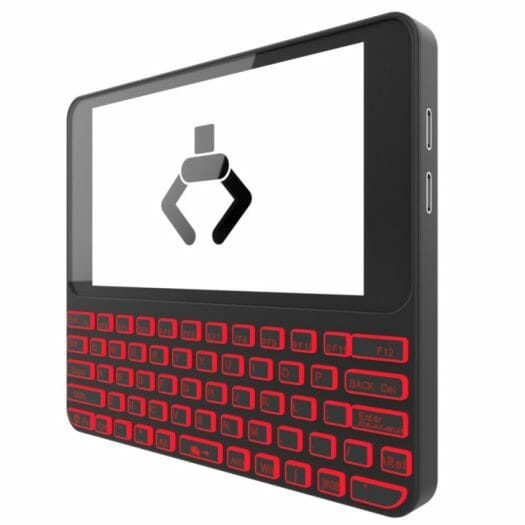 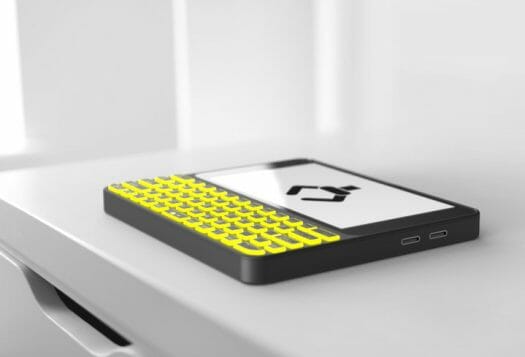 The device can run Debian 10 with mainline Linux, and is compatible with Gadget-OS Buildroot. The firmware for the keyboard and LED controller will be open source. Allwinner A64 is the same processor as found in PinePhone, so maybe both projects can benefit from each other.

The development team at Source Parts has completed the electrical design, sourced of all the components and produced multiple PCB prototypes. But before going ahead with producing the tooling/mold for the enclosure they are taking pre-orders for Pocket P.C. for $199 for the standard version ($50 discount over retail), and $299 for the LoRa version (no discount) that adds LoRa and GNSS (GPS).

You’ll find more details and /or pre-order the device on the product page. The company also answers questions in the forums. Source Parts aims to start shipments in May 2020.

Via LinuxGizmos and Liliputing

if it had gsm module it could’ve been doubling as a bit awkward but working pocket phone-computer. at this moment it’s just nokia n810 successor at best

The PocketCHIP was great because it was cheap and hackable. At this premium price, the audience will probably be more limited.

The keyboard layout looks ugly.
If the keyboard is small enough to be impossible to type with 10 finger, designer should be free not adopting the layout of old typewriter, and can just arrange its buttons in matrix (row-colum) layout.

The price of this makes me appreciate the bargain which was my PineBookPro.

id recomend looking into how many pocketchips were never shipped, but were still being sold before posting anything about the teams new scams

Price raise from $199 to $299.
https://mailchi.mp/source.parts/pocket-pc-urgent-update

There are some issues with “Pocket Popcorn PC”
In their latest update, they report problems with getting the PCB manufactured to proper quality standards, and a switch another manufacturer.